24 Great Covers of Songs From Public Enemy's 'Nation of Millions'

Angry and powerful, Public Enemy's It Takes a Nation of Millions to Hold Us Back remains one of hip-hop's most trenchant pieces of social commentary. For all its immediacy when it was released on June 28, 1988, it has remained in the public eye not just because its messages are still relevant, but also because it has inspired many acts to record covers of its songs.

From an early stage, Public Enemy found sympathetic ears in the metal and punk communities, beginning with Anthrax's 1991 take on "Bring the Noise," which featured Chuck D. As nu metal, which added elements of hip-hop, took charge in the late '90s, several of its bands followed their example, as did electronic acts. As with Anthrax, in several cases, they received a seal of approval from Public Enemy by having Chuck D join them. Check all the covers out below.

Just as Aerosmith broke down the doors between hard rock and hip-hop when they collaborated with Run-DMC on "Walk This Way," Anthrax did the same for thrash when they brought in Chuck D and Flavor Flav to help put their own stamp on "Bring the Noise." Chuck had known the New York band since 1987 and name-checked them in the original ("Wax is for Anthrax / Still it can rock bells"), but was skeptical that it could work. "When they wanted to make a heavy metal-type version, at first I was like, damn, I don’t know," he said. "But as time grew on we said we was with it. We said why not do something that will show both audiences that it’s the same thing: it’s attitude, speed, and still being hard without being soft.” After its release, the two groups toured together.

Korn, who helped popularize nu metal in the late '90s, brought in Xzibit for their cover of "Fight the Power," which appeared on the soundtrack to 2005's XXX: State of the Union. Frontman Jonathan Davis told All Hip-Hop that he was a fan from practically the beginning. "I’d say [it started] with Grandmaster Flash and the Furious Five," he said. "To me, when those cats came up, they were dressed like rock dudes. They had the leather jackets, spiked bracelets and shit. It was crazy at that time, because I used to DJ right when hip-hop started. I was moved by it. … We took subtle influences from hip-hop. We didn’t take a turntable all the way over the top like Limp Bizkit or that type of shit. It was more of a tasty flavor."

The current supergroup featuring Chuck D, B-Real of Cypress Hill and three-fourths of Rage Against the Machine took their name from one of It Takes a Nation's songs, so it made perfect sense for them to cover it. The band filmed part of the video in front of the California Rehabilitation Center in Norco, Calif., where they had planned to play a concert. But the gig was canceled thanks to, as guitarist Tom Morello said, "some calls from right-wing nuts in Sacramento who said they were going to foment rebellion. So instead they set up their equipment outside and played loud enough for it to be heard inside the prison's walls.

Maxinquaye was British producer Tricky's solo debut after finding success working with the groundbreaking trip-hop group Massive Attack. It featured a radical re-working of "Black Steel in the Hour of Chaos," with the band FTV providing the music and vocals by Martina Topley-Bird. "That track actually started out with a concept," co-producer Mark Saunders told Sound on Sound. "One day, about halfway through the sessions, Tricky came in and said he wanted to do a cover of this Public Enemy song. His ex-girlfriend was Indian, and although he'd split up with her he still got on well with her mother, and she used to send him tapes of material from India. He said, 'I've got this loop I want you to hear,' and when he played it to me it was a really bad quality recording; probably cassette-to-cassette. It wasn't an old, vibey Indian record; it was more like an '80s Indian track, complete with Linn Drum, and that was the starting point for 'Black Steel.'"

As nu metal was becoming the most commercially ble form of rock in its day, one of its biggest stars, Limp Bizkit frontman Fred Durst, teamed up with a band he was mentoring, Staind, to record a cover of "Bring the Noise." In addition to being released as a bonus track on Staind's 1999 major label debut, Dysfunction, it also found a home a year later on the Take a Bite Outta Rhyme: A Rock Tribute to Rap compilation.

Prior to getting signed, Barenaked Ladies released five demo tapes where they mixed in their own compositions with covers ranging from Talking Heads' "Psycho Killer" to Terence Trent D'Arby's "Wishing Well" and Junior Walker & the Allstars' "(I'm a) Road Runner." They tackled "Fight the Power" on the one called The Yellow Tape, and it also wound up on the soundtrack to the 1993 film Coneheads, based on the characters who were a hit on Saturday Night Live during the '70s.

Hailing from Atlanta, Follow for Now were one of the hard rock/funk bands that got signed in the wake of the success of Living Colour and Fishbone. But their 1991 self-titled debut, which featured a cover of "She Watch Channel Zero?!," arrived only two weeks before Nirvana's Nevermind and got lost as grunge took over. The band broke up in 2004.

Rage Against the Machine feat. Chuck D, "Black Steel in the Hour of Chaos" (1997)

Twenty years before Chuck D teamed up with the instrumentalists in Rage Against the Machine to form Prophets of Rage, he joined them onstage at the Pinkpop Festival in Landgraaf, Netherlands, to perform "Black Steel in the Hour of Chaos." It found a home a year later on the People of the Sun EP.

In the mid-to-late '00s, Suburban Noize Records, which was founded by two members of the Kottonmouth Kings, created three compilations to promote artists on their roster, calling them the "Subnoize Souljaz." The last of the three, Blast From tha Past, featured 14 covers of hip-hop classics. Sen Dog from Cypress Hill teamed up with Daddy X of Kottonmouth Kings to tackle "Bring the Noise."

The kings of Brazilian metal, Sepultura, released a nine-track EP of covers in 2003 called Revolusongs that was attached to their album Roorback. The diverse collection featured songs originally made famous by U2 ("Bullet the Blue Sky"), Metallica (a medley of "Enter Sandman" and "Fight Fire With Fire"), Jane's Addiction ("Mountain Song") and Devo ("Mongoloid"), as well as Public Enemy's "Black Steel in the Hour of Chaos."

The 2011 first-person shooter video game Homefront dealt with fighting back against the occupation of the U.S. by a unified North and South Korea. Its soundtrack contained covers of protest songs from throughout the ages, like Edwin Starr's "War," Pink Floyd's "Us and Them" and Black Sabbath's "War Pigs," by then-current bands. The popular metalcore band Dillinger Escape Plan brought in Chuck D to help them out with "Fight the Power."

Shortly after performing the entire "It Takes a Nation of Millions to Hold Us Back" album live together with the Roots and Antibalas at the 2009 Roots Picnic – and where the hell is THAT live album and video, if we can ask? – PE turned up on Late Night With Jimmy Fallon to give the rest of the world a taste of what they missed with this fantastic cover of "Bring the Noise."

Two years before they placed "Lock It Down" on the second soundtrack to The Fast and the Furious, Digital Assassins' only album, Original Master, was released. It opened up with a reworking (and re-titling) of "Return of the Living Baseheads."

Asian Dub Foundation with Chuck D, "Black Steel in the Hour of Chaos" (2007)

England's Asian Dub Foundation have been adding Indian sounds to electronic music since 1993. In 2004, Chuck D joined them onstage at Somerset House in London to perform a pair of Public Enemy songs, "Black Steel in the Hour of Chaos" and "Son of a Bush." Both tracks were included on a bonus disc that came with their compilation Time Freeze: 1995- 2007 The Best Of.

The London-based rap-rock band Senser put their own spin on "She Watch Channel Zero?!" on the Biting Rhymes EP. The five-song collection featured another Public Enemy cover, "Don't Believe the Hype," as well as Eric B. & Rakim's "Follow the Leader," LL Cool J's "Mama Said Knock You Out" and the Beastie Boys' "Looking Down the Barrel of a Loaded Gun."

The world's most infamous horrorcore band included their own take on "Night of the Living Baseheads" on 2012's Smothered, Covered & Chunked, a covers-filled companion piece to The Mighty Death Pop! On Smothered, they also recorded tracks by N.W.A. ("Prelude"), Christina Aguilera ("Beautiful (Indestructible)"), Tears for Fears ("Shout") and Yo Gabba Gabba! ("Hold Still").

After a decade-long dive into nu metal and industrial sounds failed to revive his career, Vanilla Ice returned to hip-hop with a covers album, Vanilla Ice Is Back! Hip Hop Classics. In addition to "Fight the Power," he also remade hits like House of Pain's "Jump Around," Sir Mix-a-Lot's "Baby Got Back," Cypress Hill's "Insane in the Brain" and his own "Ice Ice Baby." It did not chart.

Operation Beatbox was a 1996 compilation featuring industrial acts, many of whom were on the Re-Constriction label, covering hip-hop songs. Three groups, Terminal 46, D.C.K. and SMP, chose Public Enemy songs. Seattle-based SMP, which has continued to record and tour, is the best-known of the acts.

Negu Gorriak were kind of like a Basque version of the Clash, mixing punk rock and hip-hop with political lyrics that reflected their belief that the Basque region, which is comprised of land in both Spain and France, should be an independent nation. On their 1996 album Salam, Agur, they covered "She Watch Channel Zero?!" in their native Euskara.

To celebrate their fifth anniversary in 2000, Chicago-based alt-country label Bloodshot Records released Down to the Promised Land, a compilation featuring 40 of their past and present artists. One of those was the Unholy Trio, who did a particularly irreverent cover of "Bring the Noise."

Oakland rapper Jahi created PE 2.0 in 2014 with the intention of updating Public Enemy's catalog, and had the blessing of Chuck D, who appeared on several of the songs. On his second album, 2015's InsPirEd, Jahi rapped new vocals over a Jam Master Jay remix of "Louder Than a Bomb."

Swamp Zombies were a lo-fi band from Orange County, Calif., that played a kind of acoustic version of punk rock over five albums between 1987 and 1993. Their third CD, 1990's Scratch and Sniff Car Crash, included a cover of "Fight the Power" as a bonus track. Fresh off the release of their remix of Tycho, Poolside dropped off a music video for their original 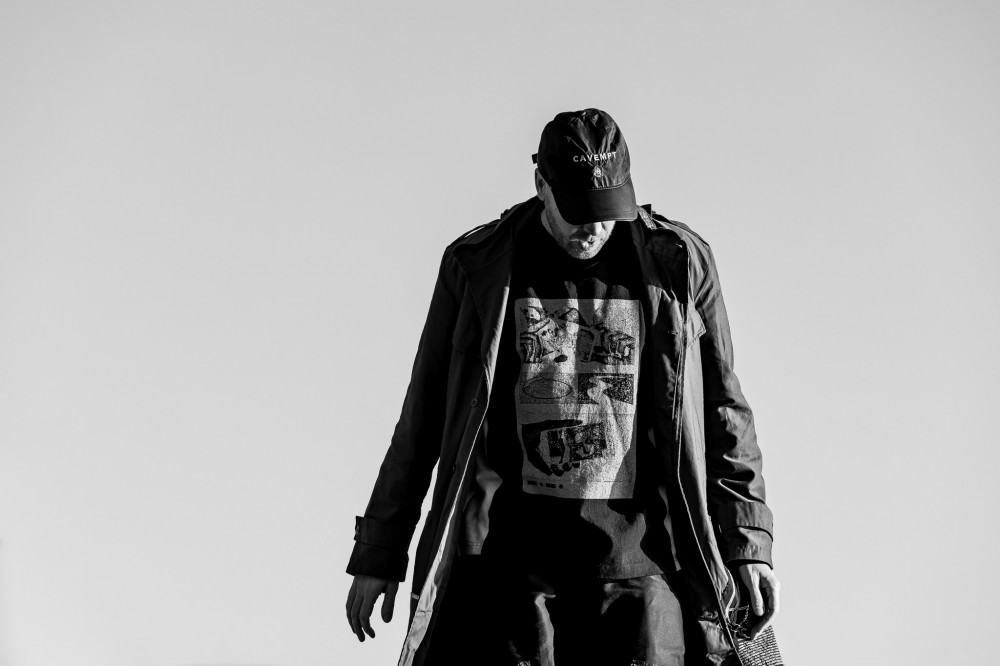 Producer Sessions 016: A glimpse into the mind of EPROM's 'AIKON’ EP [Interview] 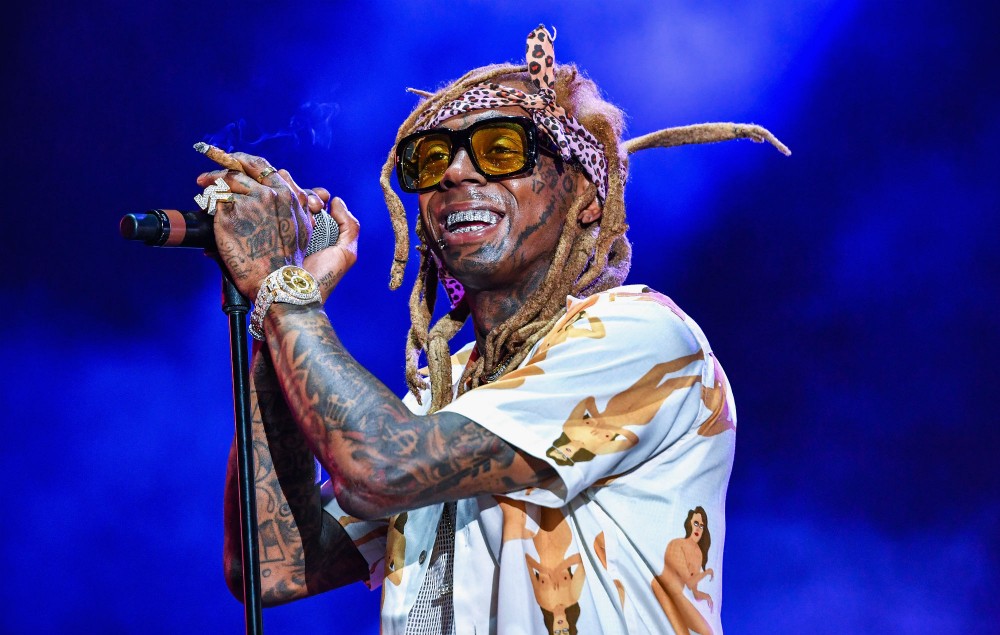 Just months after the discharge of LSD‘s stroke of “Genius,” the facility trio has