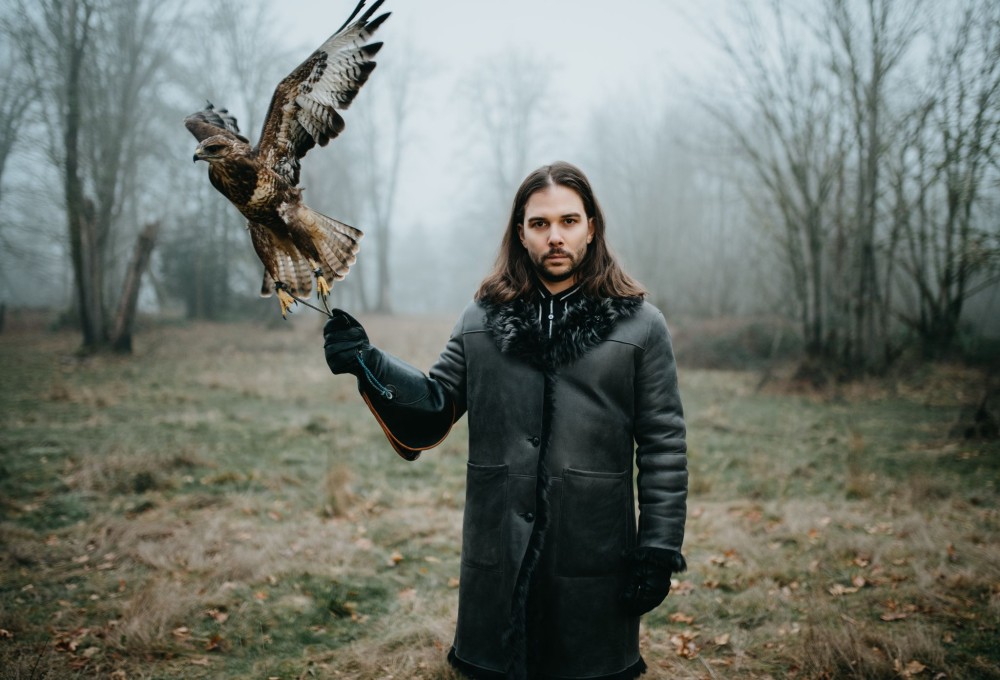 After a decade, Seven Lions at last releases his debut album, ‘Beyond The Veil’ [Interview]

Since Seven Lions first released his Polarize EP on Viper Recordings in 2012, fans knew there was something special about the Santa Barbara-born melodic dubstep producer. Of course, at the time, melodic dubstep wasn’t even a thing, coming to light during the heyday of brostep and the murmurings of trap in the US.

By the time he released Worlds Apart in 2014, however, Seven Lions had amassed a devoted following and ‘melodic dubstep’ was up and running, thanks to others like Illenium, MitiS, Skrux, Rameses B, Dabin, and others.

Now, a decade after his first major EP, melodic dubstep has nearly run its course, and Seven Lions is in some agreement, but more on that later. After 8-9 strong years, it wouldn’t be surprising for a genre as thematically limiting as melodic dubstep to reach some level of saturation, the same as brostep or future bass. Though trap, spawned around the same time, seems to be having a resurgence this year.

Still, Beyond The Veil, the debut album from Seven Lions, out today, doesn’t play on old tropes, nor does it try to reinvent the wheel. It’s just Seven Lions, as he’s always been. Only three out of the twelve songs on the album were released as singles, leaving much for fans and listeners to discover. And with collaborations featuring Vancouver Sleep Clinic, So Below, Eli Teplin, GG Magree, JT Roach, Dia Frampton, Mija, and Lights, there’s so much to enjoy.

I think the most basic question I can ask is why now, after pretty much a full decade since the inception of your project. What about this year or this period in your life made you go, “Okay. It’s time for an album.”

I think the pandemic kind of allowed it just because that was the first time I had almost two years off from touring, So it just kind of made sense to, um, I don’t know. I mean, I just had a lot of music at the time, but then I kind of realized just what the state of melodic music and a lot of dubstep that I felt like I needed to put out a statement. Kind of in a way that was, you know, no collaborations with other producers and artists. I was lucky to have the time and it also just really felt like the right time.

Okay, so even when you have you know, for instance, GG Magree or Mija. They’re just doing vocals for the tracks and not doing any production?

One of the tracks on the album is “Beyond The Veil,” which shares the title of the album. What exactly is the veil to you? What is beyond it?

I mean, that’s a big question. I feel like that’s kind of the core mystery of the whole thing, right? I mean, beyond the veil is something unknowable and uncrossable. And I think that’s some of the romantic ideals behind the message. Those are like beyond the veil and when the veil can be crossed, and loving somebody that you can’t be with and that it’s a whole – I mean the concept is actually, it was made to be a mystery, a bit ambiguous.

It would mean different things to different people. But within the context of the Seven Lions mythos, it does kind of have a more meaningful, specific context. It’s like, really pick up on that and decide what it means to them, I’d say.

Did you make some of these tracks with a vocalist in mind, or were any of them vocalist demos that were brought to you first? When did you begin to think of maybe which vocalist would go with which song?

There’s some that went both ways. The majority of them were demos that I started and then went for specific vocalists. But there were a few that came in that were like this vocal is amazing. And it fits with the album and this is like something that I’m gonna take and build the song around, but most of them started from just instrumentals. Sometimes I would just be listening to a lot of different artists on Spotify and be like, “Oh, wow, this person is amazing.”

With So Below, I just kind of randomly ran into her on Spotify and was like, “Wow, She’s got an amazing voice, and this would be perfect for her. Some of them went like that. Some of them that were already up and coming I knew, like Vancouver Sleep Clinic I was already familiar with for a while. So when I started the song, I wasn’t immediately like, “Oh, this is perfect for Vancouver Sleep Clinic.” But then after I got decently far in I realized that would be a good one to send over and we did, and he was into it. With JT Roach, I sent him a demo, and he wrote to it, and his voice was fantastic. He’s a great writer and has a great voice. But it just wasn’t right for that song in the key that it was in, so you know, we went and actually try to find a lot of different singers to sing that particular song. It was actually the last one that got finished on the album because we had such a hard time finding someone.

Were there any songs in particular that were created out of any specific event or feeling where you thought, you know, “I need to make this song for this reason”?

The whole album really [laughs]. You kind of feel like that in a way as I was saying, just as far as an artist. Making music right now and the current state of things I’ve felt like I really wanted to show who I am. And what I sound like, you know, like what my music means to me. I’d say the inspiration for some of the songs came by me just walking around. During the pandemic I was spending a lot of time alone, like a ton of time alone.

Yeah, I will say the album, there’s a lot less of the bombastic elements that you might have had in the past, and a lot of the tracks are more somber and almost melancholic.

Yeah, I’d say so for sure. It definitely comes from a place of solitude.

Was there any part of the album process in particular that you really enjoyed? Maybe it was you know where you where you recorded it or who with or maybe it was something that just happened during the process, like just a fun studio session or something.

I’ve always been more interested in being in the studio and anywhere else. As an electronic music producer in 2022, there’s like so much touring, and there’s so much being away from home and, like, just the ability to stay at home and roll out of bed every day and work on the same project was amazing. I feel like I really got to explore different sounds and different things that I’ve been interested in.

Doing a lot of vinyl re-sampling was really fun. I would go to the record store and flip through records and try and find cool indie stuff, older stuff that I’d pull little samples out of, and I went to the thrift store and bought some old shitty speakers and cut them up and get a lot of revamping stuff just to get a cool organic texture out of some of the things that I don’t really feel like I would have been able to do.

That approach is more like working on an EP because I’m making songs that people want to hear. Like I’m gonna make a banger, and I do enjoy doing that as well. But this is a much more personal and experimental kind of vibe I’d say.

Are there any examples of the vinyl thrifting that we could hear and recognize in the album, or is it so chopped up and sort of melded into like the core of the piece that we wouldn’t really be able to pick it out?

I know it’s all over. “Call On Me,” for sure. I’d say that one has it everywhere. “Between” has it a lot. Then also “Never Learn” there’s a ton of it. The revamping you definitely hear in “Beyond The Veil.” In the very beginning, it gives it this weird distortion that you just couldn’t get from a plug in where you hear the buzz and it’s an interesting kind of sound for sure.

So as I mentioned, it’s been pretty much a full decade since the inception of your Seven Lions project. What are some of the lessons you’ve learned along the way and anything you might want to mention to new producers, new recording artists who are either just starting out or want to advance their ability as producers?

There’s so many things to say. I would say, obviously, the first thing is do it because you love it. You know, it’s a long road and I feel like the reward at the end of the day is actually making the music. If you take your time in how much you enjoy the process as opposed to what you’re looking for the outcome to be, then I think you’re in a good spot. I’d also say being very aware of what you let into your mind when it comes to social media and what you’re looking at because it’s really easy to get lost, comparing yourself to other people and get down and get knocked off your path. How you compare yourself to other people is very important. 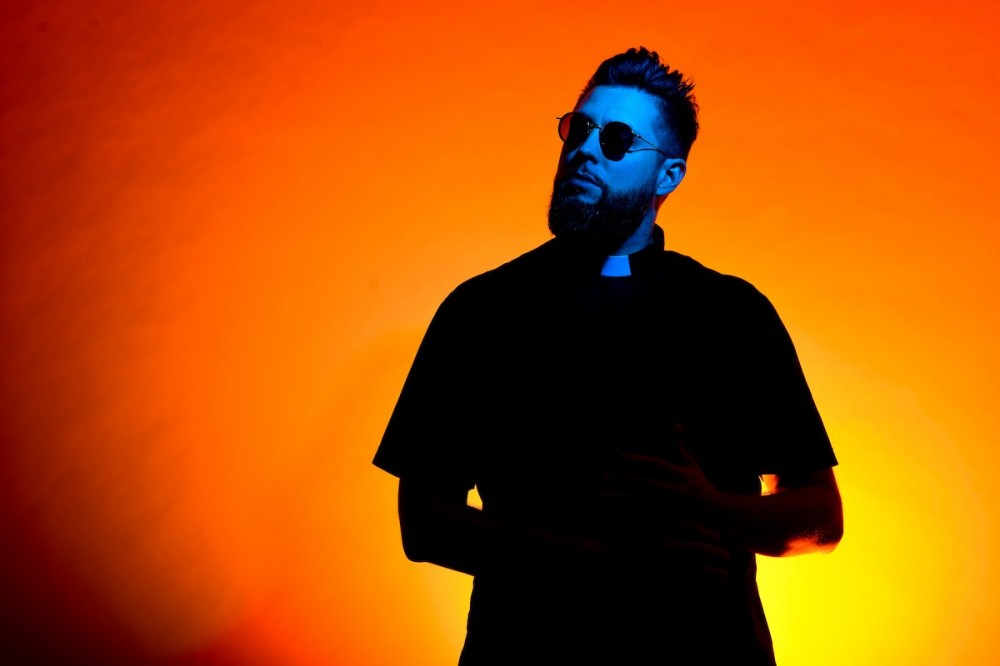 10 Reasons Why Halle Berry’s Instagram Is So Poppin' [PHOTOS]