Alicia Keys Is a Free Agent, Looking to Sign With a Major Label

After a 15-year stint at J and RCA Records, Alicia Keys is now a free agent. Currently, the R&B singer is looking for a new label home.

According to Variety, Keys’ manager Johnny Wright is putting the word out in the industry that his longtime client is ready to sign a new recording deal. He’s currently fielding fers from a variety labels, including Warner Bros. Records who are on the top the list. But Keys is still looking for the perfect deal.

As Variety noted, Keys last album, Here, didn't do so well sales-wise, so her cache in the biz might not be so pristine. But an insider told the publication that her recent performance at Clive Davis' Pre-Grammy party has piqued the interest executives as several different record labels. “The price went up” said the source.

We are quite sure that Keys will find a home at a major label. But if it doesn't work out, she can always go independent.

Reps for Keys had no comment on the matter.

Meanwhile, in an interview with CBS This Morning, Keys explained the power music and why it's a necessity in our lives. Alexa, play “Pipe It Up” by Migos. Attendees of Printworks London’s Solid Grooves 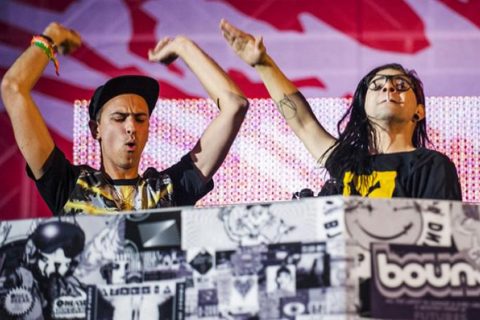 Skrillex and Boys Noize reuniting for a romping EP Nicky Romero and Steve Aoki could have their next radio hit on their hands, enlisting Kiiara as th