Behind The Beat: The Magician

Photo Credit: Listen Up! Stephan Fasano aka The Magician is the mysterious DJ/producer from Belgium and formerly the duo . As a veteran in the industry, Fasano runs his label ‘Potion’, curates his  mixtape series and is always putting out new music. Only The Beat had the opportunity to see The Magician live during a tour stop at U Street Music Hall in Washington, D.C. The Magician followed-up with a rare interview discussing his direction, label, upcoming releases and more. Only The Beat: Your label  is one the top house music labels around. What do you look for in an artist or track if they are going to be involved with Potion? The Magician: Thank you! I originally created Potion as a support to release my own music. I always wanted to have an independent imprint where I’d have full control the aesthetic, which is very important to me. With the Magic Tapes I receive a lot music, some which is unsigned, so I thought the music I release on Potion should be the music that I love. I released and tracks first, and then word spread…so how I decide now is I need to have a ‘crush’ on a track. Sometimes I even help the production – I’m 100% involved on each release. OTB: You have done several magic tricks while performing. What is the most advanced trick that you have completed on stage? TM: Disappear after the show. OTB: You also curate a lot music on ”. Can you tell us what type music you look to include in the mixes? Has Magic Tape changed at all from when it first started? TM: I try to be original and break the codes dance music. I like to surprise people. If I make a Magic Tape which is mainly House music, the next one might be more Funk or Disco-oriented. Actually you can find a lot different genres in my Magic Tape. It’s also about my favorite tunes at that time. Magic Tape hasn’t changed but the music has evolved.

OTB: You are currently on tour going from city to city. Are there any venues in particular that you are looking forward to playing at or will play at in the future? TM: I love to play at Output in New York – I got an international residency in 2017 and did four shows, which I’m now doing again in 2018. I’m very pleased because there I get to play a much longer set and can therefore create a proper atmosphere. The sound system is also great so I love to hear my music on it. Apart from there though, I always look forward to play at the following venues: U Hall in Washington D.C., Coda in Toronto, The Edge in Itajai (Brazil), Vision in Tokyo, Zouk in Singapore, Lux in Lisbon, Pacha in Ibiza… OTB: You recently released your single ” featuring Ebenezer. Can you tell us a little more about it? TM: This track is the beginning a new turn in my career. I made a lot music in that genre in 2017 (that’s not released yet) as I felt like I needed to go back to my roots which are Funk, Disco and Groove. I have listened to more urban pop stuff recently like The Weeknd, Kendrick Lamar, Majid Jordan, Frank Ocean, Drake. I have a lot respect for what Calvin Harris did with the ‘Funk Wav’ album – he made what I have as dream to release one day! ‘Las Vegas’ was made together with Ebenezer in the studio. I actually wanted him to sing on another track but he wasn’t so inspired by it, so I decided to make a new one straight away and it just clicked! It was all recorded very quickly after that. OTB: My personal favorite track that you produced was ” featuring Brayton Bowman. I also think your remix Clean Bandit’s ” was the best remix that track. Can you tell us a little bit more about these projects? TM: SHY was actually written as an instrumental for Olly from at the same time I made ”. We kept ‘Sunlight’ with Olly and released it but I then asked topliners/singers to write new vocals on the SHY instrumental. The singer from Friendly Fires wrote the first part the vocals (in the intro/breaks) and + Brayton Bowman wrote the other part (Oh my darlin’). The Clean Bandit song ‘Rather Be’ is amazing so when I got asked to remix it I didn’t want to stray too far away from the original, so I just changed the bass, added a piano in the breakdown and changed the drums. And also altered the structure and arrangement. OTB: You recently release a new logo. Can you tell us about this change? You also teased on Instagram that you are working with many people across genres. Are you able to share anything new? TM: Yes, the new logo represents new things to come, and here it’s about the new music I have worked on over the past year and into 2018. What I can share is that the two upcoming singles are not club music-oriented. I need to constantly refresh my mind. OTB: Where do you see the dance music industry going in the next five years? New technology? Changes? TM: I hope to see more collaboration between the Hip-Hop world and electronic dance music. New technologies always make new changes. Also the younger generation discovering techno…in Europe especially the techno revival is quite large. OTB: Outside music, what are your hobbies or where do you find inspiration for producing music? TM: I like art, vintage furniture, watches, restaurants, fashion…just walking in the street or watching a movie gives me inspiration. When I walk I always look around to get my eyes caught by details. OTB: Can you tell us a little bit about what it takes to be successful in promoting your brand and the business side your work? How do you maintain a DJing, producing and touring schedule while also curating a mixtape and running a label? TM: I work hard. My brain is always on. But, I do try to take more time f to spend it with my family. I’m also surrounded by a good team, but my mistake is that I want to have a check on everything, so it can be difficult to manage sometimes. OTB: What can we expect from you this year and big releases, collaborations, shows? TM: I’ve got two new singles coming up, including one in French. As far as more collaborations with singers… I started a collab with and but we still need to finish the track. Also one with . I was in L.A. last week and I found myself loving to do Hip-Hop beats. So 2018 is going to be eclectic. On tours, I’m back in the U.S. around Miami Music Week and I’ve got an international residency at Output in New York. Also have some European festivals lined up for this summer.

Connect with The Magician 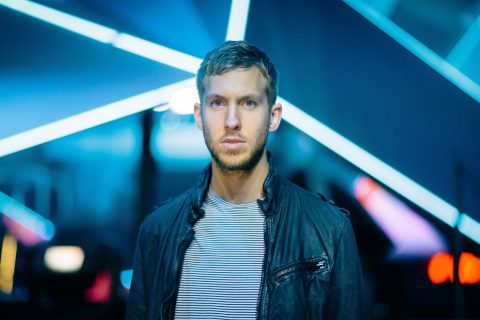 RAC remixes Gordi's 'Can We Work It Out' – EDM All Day

RAC has lent his hand to singer-songwriter Gordi‘s newest single, “Can We Work It Out. 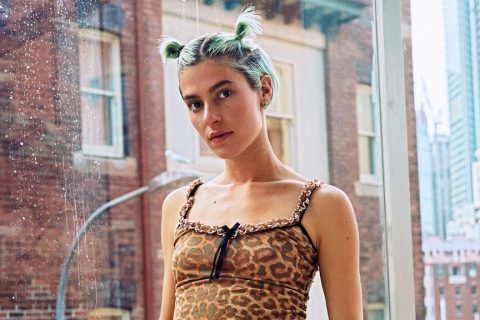