For over 20 years now, Lisa Smith AKA DJ Shiva has been a pillar of the Midwest techno scene. A movement that built and sustained itself in the ‘90s on underground principles, from the bones of punk and industrial sounds, the rave landscape she learned the ropes in was entirely DIY, totally covert, foraged, nomadic and, more often than not, completely illegal. The nature of the scene made it inherently defiant and countercultural, political by virtue of simply being and unshakeably raw as those punks learned to play records – fast, tough, battering techno records.

It’s no surprise then that two decades on, in 2016, DJ Shiva (by now a regular at Chicago’s magisterial Smart Bar) adopted a new moniker in Noncompliant, a name she lifted from Bitch Planet, a feminist comic book by Kelly Sue DeConnick in which “non-compliant” or disobedient women were sent to a prison planet. Now more than ever, the Indianapolis-based DJ/producer wields her punk roots, both behind the decks and in her day job at an advocacy organisation. An activist in every sense, a quick glance at her social media will show you a politically charged and passionate speaker. Meanwhile her music is triumphant and tough, angular and vicious but always joyous enough to make a crowd feel as though they are winning, or at the very least, standing up against the adversities that push people down – particularly marginalised folks –in this era of the man she calls “our Cheeto in Chief”. 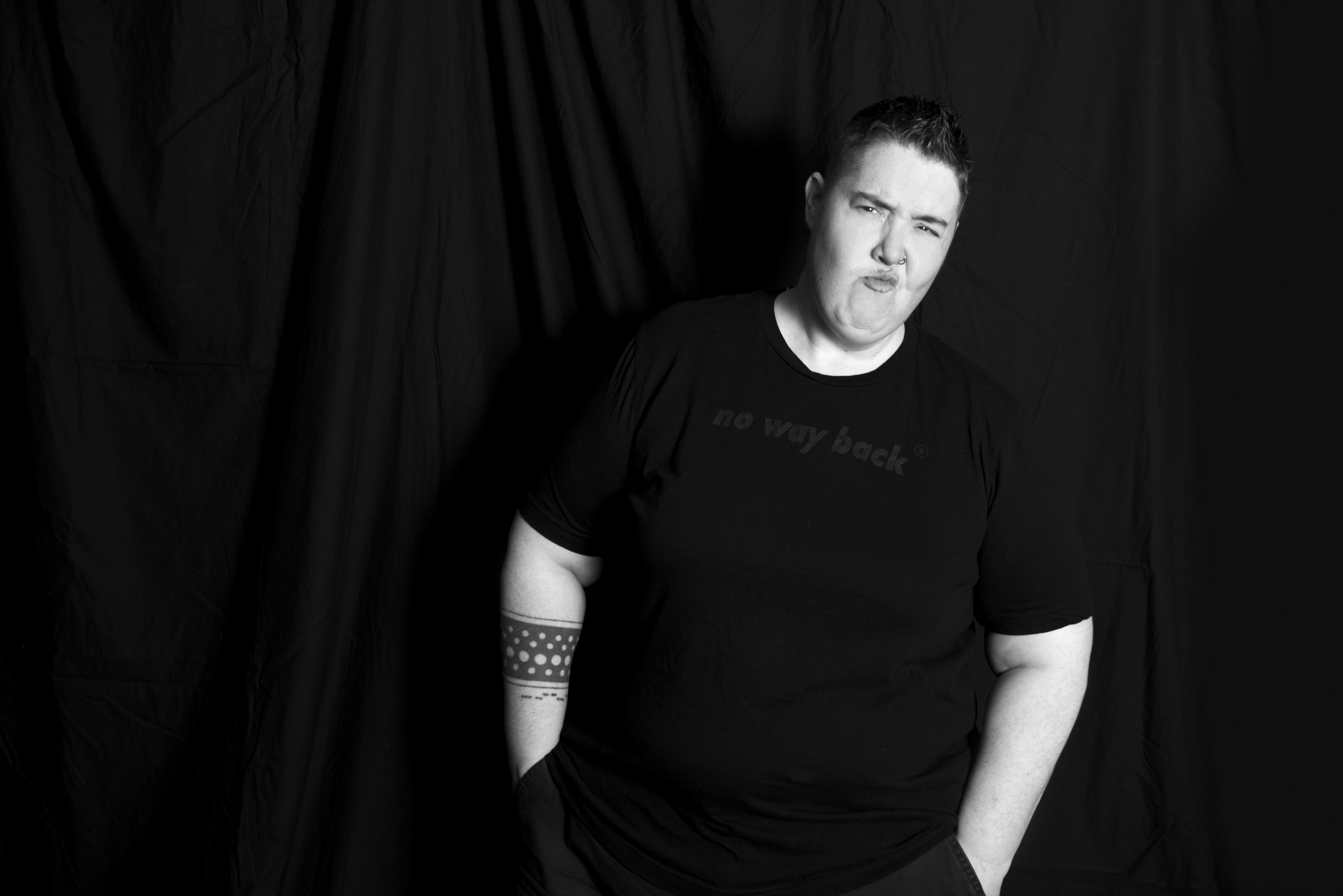 In December 2017 she released ‘More Than Surviving’ on Valence, the second EP under the Noncompliant alias following ‘She/Her’ from earlier that year. The four-track assault of Detroit inspired dynamism came with a simple reminder, “We have to find joy and love and goodness even when we are fighting to survive. In fact, sometimes those are the things that keep us fighting, that make it worth fighting in the first place.”

Does she believe now, that in these trying times that pursuit of joy, escape and catharsis that is so embedded in club culture is reclaiming its sense of defiance, that dance music is reclaiming its identity as a culture of resistance?

“In some corners it has,” she tells DJ Mag. “There is definitely much more of that feeling of resistance to it now. There are more and more women and people of colour and queer and trans folx reclaiming space and being visible and vocal and I feel less like an outcast and more a part of a community now, and that means a lot to me.”

By extension then, is there a responsibility that rests on producers, DJs and promoters to use whatever platform or influence they may have to speak truth to power, to make art that blatantly or otherwise reflects that resistance?

“As far as promoters go,” she says. “How you structure your space and events and who you welcome and engage as participants can be a huge part of that. For anyone, especially artists, speaking out social media or in interviews is the easiest way and I think you should try to use your platform to speak out because staying silent in the face of fascism and cruelty is wrong. But then, that also can be dangerous if you are an already marginalized person. I am careful about saying how I think other people should engage in resistance or channel it through their creativity. Resistance and creativity can be intensely personal and people have things to say about their experiences that might be far different than mine and which could even put their safety at risk.”

“As a politically active and aware person,” she continues. “Is your music required to be blatantly political? Can it simply be your own personal escape and release from fear and oppression? The space I am making music for and playing music in is essentially a dance space historically rooted in communities of marginalized people. Marginalized bodies existing and moving in a communal dance space has its own form of resistance built right in. Should you attempt to channel that in an explicitly political way? Can you? Is the joy and release already resistance? I don’t have all the answers to these questions. I tend to ask more than I answer.” 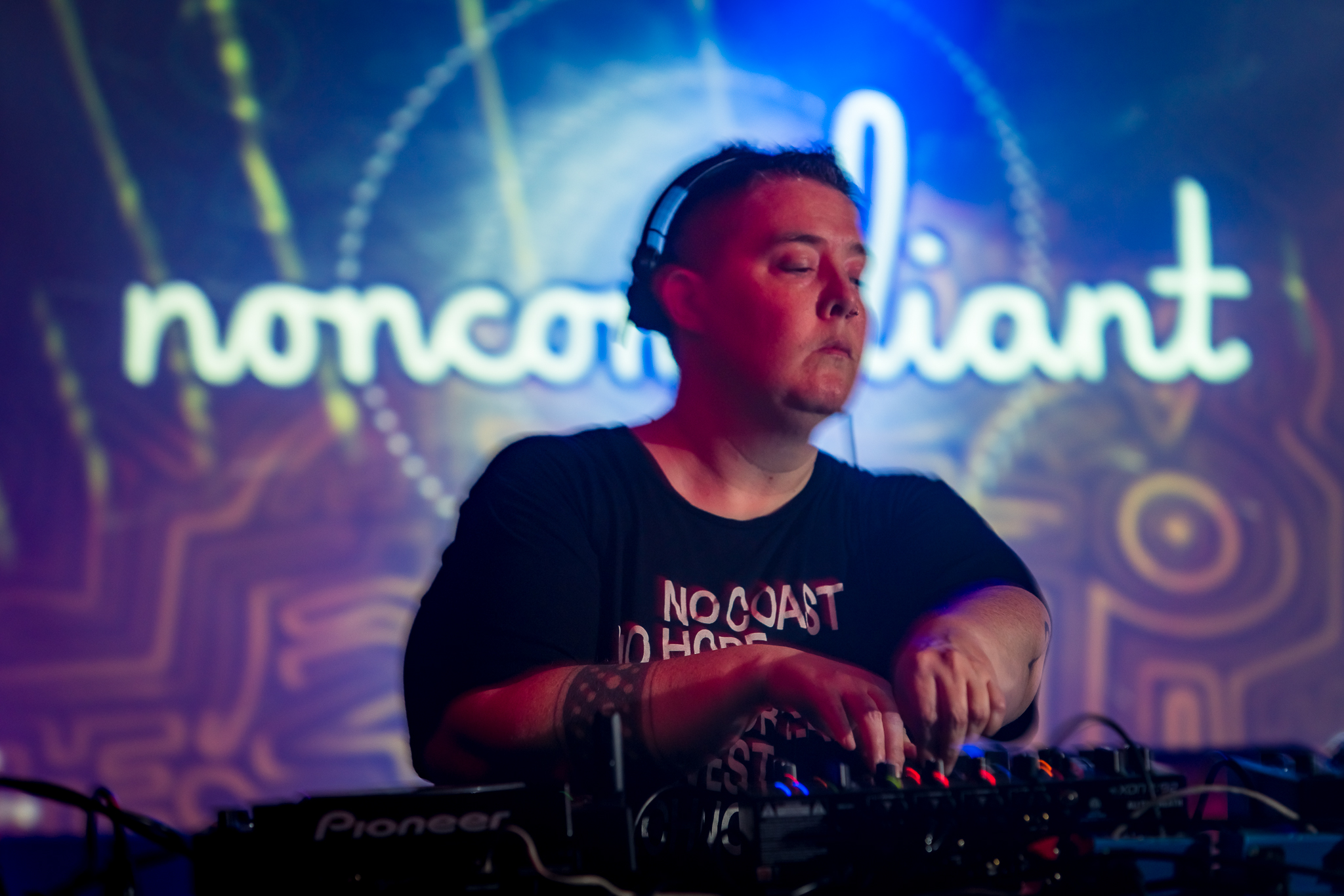