Another day, another huge milestone for Drake.

After the release his recent two-track EP, Scary Hours, Spotify revealed that the Toronto rapper broke yet another one if its records. Drake's "God's Plan" has the most plays in a single day, with 4,326,679 listens in a span 24 hours.

Back in March 2017, he became the first artist ever to reach 10 billion Spotify streams. And Spotify isn't the only place Drizzy dominates. His last album, More Life, was Apple's most streamed album 2017 as well. He also led Pandora's Top Thumb Hundred list for 2017.

Drake went on Instagram to celebrate his feat, giving a shout out to his "brother" LeBron James who also had a career-defining accomplishment yesterday, when he scored his 30,000th point for the NBA, making him the youngest player to ever do so.

"Congrats King. Samesies," he wrote in the caption that featured a photo him, and an illustration celebrating LeBron's big moment.

Fresh f the release a short, two-track EP, Scary Hours, Drake should have more music coming really soon. We'll have to wait and see what records he breaks next.

Lollapalooza sets and highlight moments have trickled in

by: Christina Hernandez Aug 6, 2019 pinterest Chicago swelled with music aficionados during the firs 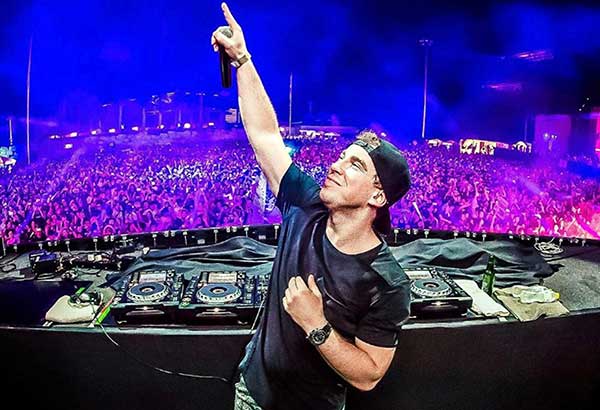 Hardwell groups up with JGUAR for 'Being Alive'

It’s already been two months since Hardwell stopped touring, however happily this determinati Rap Legend Scarface Honored With His Own Day In Houston [VIDEO]

Rapper Scarface (real name Brad Jordan) is a true O.G. in the rap game. Since the late 1980s, the Ge