Although the UK is now ficially on its way out the EU, we’ll still be making the most our free movement to enjoy Europe’s delectable selection fests…

The entire city Lyon transforms into an electric buzz creative arts during Nuits Sonores. The day programme is alive with prize selectors chosen by guest curators The Black Madonna, Nina Kraviz and Jon Hopkins, while the night flexes from grime titans to jazz legends.

Primavera is renowned for breaking new artists in Spain with acts such as LCD Soundsystem and The xx getting their Spanish break at the week-long, coast-side event. As such, the line-up focuses more on bands and alternative/indie, but there’s a whole stack innovative electronic masters to warrant a holiday in Barcelona too. Call it a pre-Sónar recce mission.

Welcome to the ‘largest club in the world’. For three days in June, Frankfurt’s Commerzbank Arena stadium is transformed into an epic 15 stage, 200 DJ playground with ro cover if it rains. Now boasting a new Forest Stage area, all house, techno and EDM tastes are catered for.

New kid on the Spanish festival block founded by renowned crew Moody Collective, Uva claims to be the country’s first boutique festival… With an intimate 500-cap, a connoisseur line-up, all local food and a rural, historic cliffside location that makes your eyes fizz, they could be right. 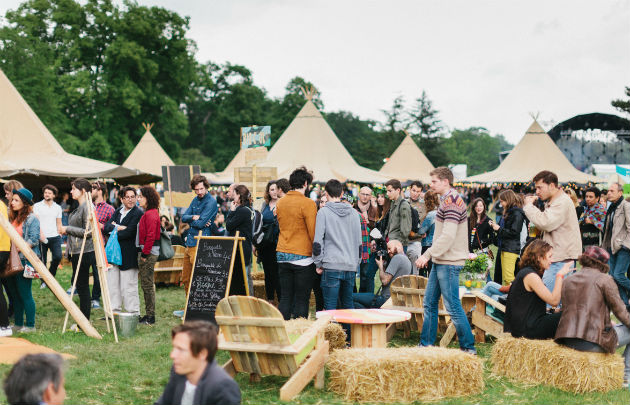 With a focus firmly fixed on a finer future, We Love Green has become a Parisian institution for forward-thinking citizens who share an interest in sustainable technology and decent music. Over two days camping in the heart Paris, expect a volcano enlightenment for the mind, ears and, as it’s France, stomach.

Dedicated to music, technology and creativity since 1994, Sonar has always been focused on progress and the innovators behind it. Across its day and night schedules you’ll find showcases from some the very best across every genre.

Iceland’s Secret Solstice is genuinely one a kind. Hosted during its famous midnight sun and home to an array unique party spaces such as a 5,000-year old lava tunnel, there’s no other festival like it. The line-up backs up the hype, with a strong selection big names that aren’t on every other bill this summer.

A private island with a castle, a 100 percent solar powered campsite and recycled landscape, gourmet restaurants, free cardboard tents and an optional butler service. Oh, and some really tasty techno across three stages. This festival really lives up to its name. Take us down…

A two-day techno feast just west Amsterdam; Awakenings celebrates 20 years , well, awakening Dutch dance fans in style this year, as some the most important names in techno have been recruited to mark the occasion — 110 important names, to be precise.

From the makers such blockbusters as Sziget, we head deep into Hungary to Lake Balaton for a five-day electronic knees-up. Nothing but the biggest names are playing at this beautiful beach location. This year, boat parties feature hosts like Sasha, Art Department and Max Cooper.

A ‘must-do’ for any self-discerning festival connoisseur; everything about Exit is unique, from its political roots to its fortress location, to its sheer 16-stage scale. With a rich musical range, and a rave that doesn’t wind down until sun-up, Exit always delivers. 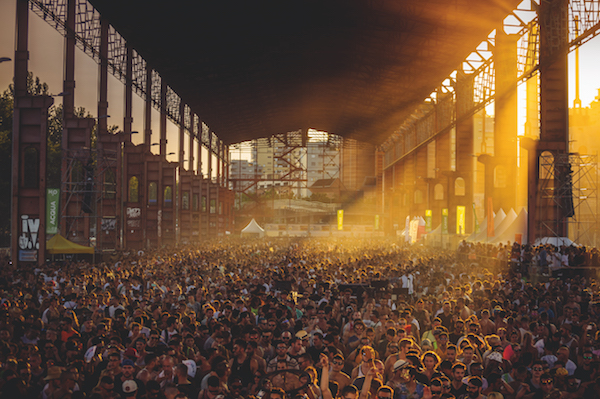 Its legend galvanised by the instantly recognisable ‘shed’ shots, and praise from the legends who’ve played there, Kappa FuturFestival has exploded in just six years. No bells, whistles or gimmicks here; just two days the finest house and techno. Enough said.

MELT! is a German festival institution. Set in the old coal mine site Ferropolis, you can rave under the romantic, post-industrial shadow towering diggers and cranes to a forward-thinking music policy that’s extra fat this year as the event celebrates its 20th anniversary.

At a whole month long, you could be forgiven for expecting Gem Festival to really break the bank. Thankfully you’d be wrong. At just €152 for a ticket, €20 per day for accommodation and around €2 for a beer, it’s a winner in our book. And that’s before we even get to the line-up…

A festival insane proportions, Tomorrowland is so big it’s now two weekends, boasts 69 arena hosts, over 1,000 artists, and DJs who would usually only play late at night open the event — Carl Cox midday set anyone? Alas, it’s so big it sold out within 64 minutes. 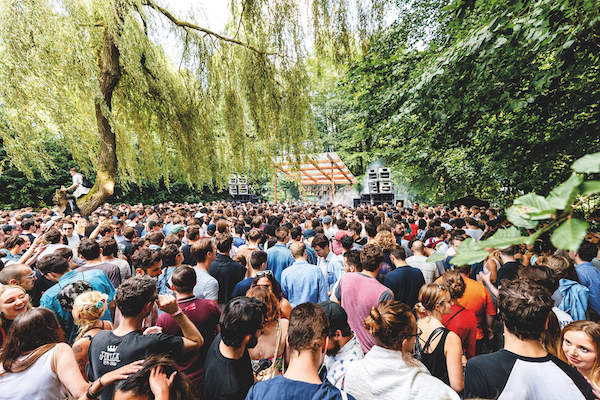 Now flexing an extra day to celebrate ten years, Amsterdam’s premier culture hurricane Dekmantel continues to be one the most innovative and extensive arts festivals in Europe, with lectures, workshops and raves. Day tickets are already sold out.

The longest-running all-drum & bass festival, Czech Republic’s Let It Roll gets bigger and more audacious with its production every year. With a spaceship mainstage, an eye-melting opening ceremony and a line-up that represents all colours the jungle rainbow, this year’s label arena hosts include Hospital, Ram, Shogun, Eatbrain, Symmetry, Dispatch and Critical.

AKA: The Art Of Techno Exhibition. Neopop is a celebration electronica in all its nascent and innovative forms as it welcomes generations top-notch acts to perform across two stages in its grand fort-side location in North Portugal. From DJ Bone to Dixon by way Kraftwerk 3D, Neopop continues to represent the true craft.

Get OFF on this beauty… A cosy lakeside retreat due west  Krakow, OFF has been in operation since 2006 and consistently maintained a size and left–centre remit that relishes in the indie fringes. Home to a series talks and workshops, plus some premium techno, hip-hop, rock and electronica, OFF is most definitely ON. 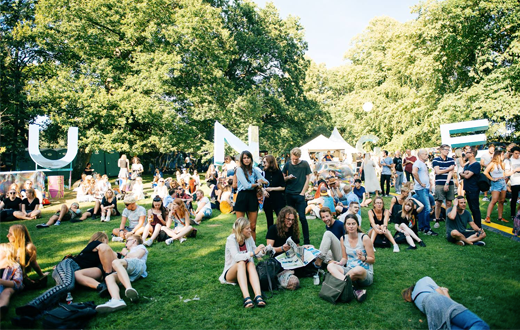 Gothenburg’s gift. Way Out West is more than just a three-day appreciation great music in a park in the centre Sweden’s hipster capital; as the festival winds down at night, the clubs wind up for Stay Out West, a series parties hosted by Diplo, Shake070 and many more.

A brand new two-day party in the idyllic grounds a 13th century Bavarian castle, limited to 700 people with full focus on discerning house, disco and techno and fine food and artistic direction from DJ Tennis. This almost sounds too good to be true. Get on board; if Farrago smashes it this year, it will only get bigger.

Established in 1993, Mysteryland is ficially the world’s longest running dance festival, so they know their way around a line-up or two. This year is no exception, as over 340 acts play on stages hosted by the likes Dave Clarke, Cocoon, Ram Records, Hospitality, Mad Decent and the perennial vibe merchants Elrow. It’s no mystery why this festival has remained a fave for so long.

All aboard! The Ark is a unique four-day sonic voyage across the seven seas (well, the Med) on a massive cruise liner that’s also home to a two Michelin Star restaurant, a rock climbing wall, cinemas and even its own shopping mall. Not that you’ll have any time for that type  caper; the line-up is stacked!

An essential date on the calendar for the d&b community, SUNANDBASS has been a scene tradition since 2003. Over eight days, the town San Teodoro plays host to some the vibiest drum & bass parties all year. Serious dubs are taken, big tunes get broken, progress is made.