How to survive as an independent record label in 2018

If there’s any sector in dance music that has had to be genuinely run ‘for the love’ and ferociously adapt to survive the music industry’s turbulent climate, it’s independent record labels. Since the digital switch in the mid-2000s, indie labels have faced more challenges than you can shake a limited edition 10” hand- numbered picture disc at. Few make a profit for the first few years of business, even fewer will reach their 10th release. But could the tide be changing for this most vital, yet most financially tested sector? The numbers do look encouraging and have been rising for the last three years; in the UK, the BPI has just revealed a 10 per cent rise in sales for record labels thanks to the rise in streaming, and reckons this is the most profitable time for labels since the Britpop boom 22 years ago.

Internationally, things are looking relatively buoyant too, as both the IFPI and Worldwide Independent Network reported a near 6% rise in global sales in 2017. It seems, after the most technologically turbo-charged 15-year period the music industry has ever faced, things are looking up for the sales of recorded music.

But behind these feel-good stats lies a much more intriguing story. Yes, streaming is beginning to rebalance things for labels and, in many cases, can account for upwards of 80 per cent of their income. But for many labels this is a sweet revenue stream cherry on top of an already multi-layered cake. Brands are no longer following the traditional label model and have branched out in a multitude of ways to stay relevant, prominent and afloat — ways such as publishing, syncing, clothing, events, label management, artist management, DJ schools, record shops, mastering services, pressing services and distribution.

“A record label is many things: a talent agency, a tastemaker, a brand, a distributor, a trendsetter, an influencer — you name it,” lists Maykel Piron, co-founder of Dutch mega-indie Armada Music alongside trance don Armin van Buuren and David Lewis. If any brand represents how labels have adapted and thrived in the last 15 years, it’s Armada. Founded in 2003, Armada is responsible for 11 sub-labels and manages various artists including co-founder Armin van Buuren, Andrew Rayel, Thomas Gold and Orjan Nilsen among others. “Especially in the niche of electronic dance music in general, releasing records would yield no result at all without any of these parts of the equation,” Piron says.

“But ultimately the entire premise is to release music,” adds Jimmy Asquith, the man behind Lobster Theremin, a label that’s also adapted and thrived in recent times, albeit in a completely different way. Currently celebrating its fifth birthday, Lobster Theremin has become one of the most prominent underground indies to emerge in recent years. With multiple sub- labels, events, a record store and distribution service, Asquith’s Lobster bisque also bubbles with operative flavours. But even at the base level of releasing music, Jimmy understands the label to be a much bigger vehicle.

“Other than the purists who constantly bellow ‘it’s all about the music’, it’s actually about many other things,” he continues. “People, politics, art, community, spirituality, life. It’s important not to forget this and to stay connected to life as a whole within the context of how music can change and influence that experience.”

Whether a label specialises in mainstream trance or underground techno, whether it operates with more of a cultural or a commercial philosophy, two things have been consistent for every independent label. As Jimmy described, one: labels really do have the power to capture a cultural and creative ethos, and two: for all their weight and influence in the industry, they really haven’t had it easy since the MP3 came along in the early 2000s, and with it, abundant piracy. Then came the recession and a rally of bust distributors losing labels’ stacks of stock. Then came streaming, which started to dent download sales just as they were beginning to take off. Each of these events heralded death knells for the industry, yet many of the most distinctive labels in existence today have weathered all, or at least some, of these storms and come out as stronger, more seasoned organisations. 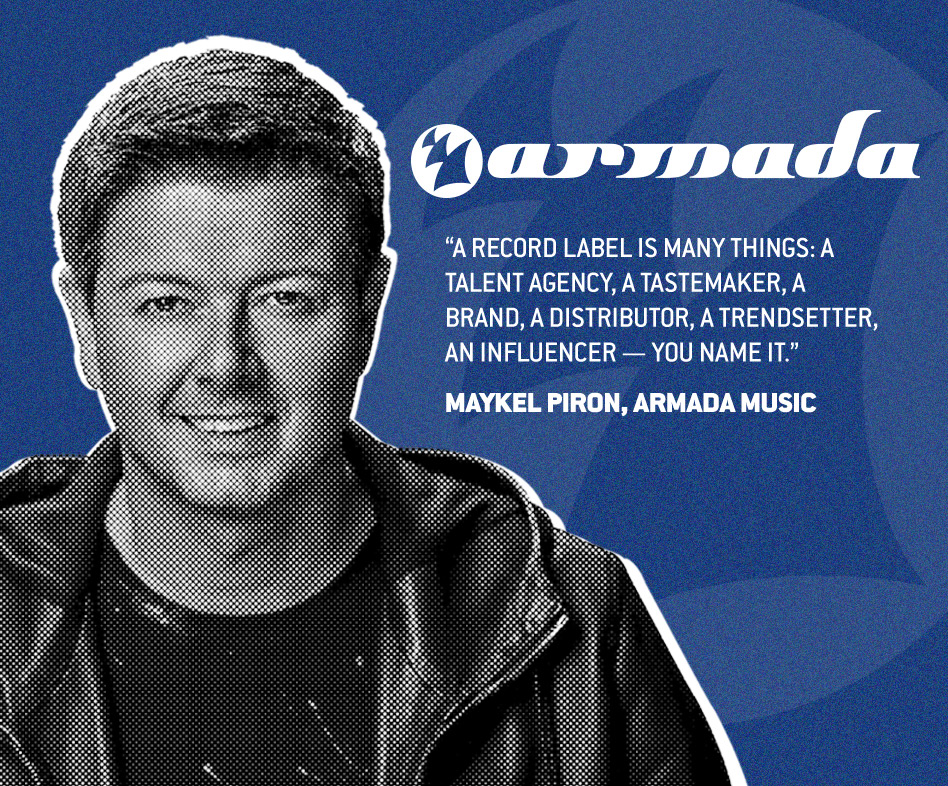 “I remember back in 2003 when iTunes was just launching. Everyone was crying, saying it was the end of the industry,” explains artist, composer and label owner Richard Earnshaw. He’s the co-founder of Duffnote Records, a label that’s branched out in its own unique way as a music house that services the film and TV sector with scores, just as much as it serves the dancefloor with soulful tunes. “But it’s just another phase. Even back then, we felt downloads wouldn’t exist forever. It’s consumption. Technology controls the way the music industry goes rather than it being the other way around. But it’s still always about the music. People love it, they always have and always will. So how can we get it to them?”

“You have to keep up-to-date with every change, or you will get caught with your pants down,” agrees Mark Knight, who launched his label Toolroom Records with his brother Stuart at the swell of the digital tsunami in 2003. Now celebrating 15 years with the strongest stature they’ve ever had in house music, and most diverse range of operations they’ve ever offered (from a DJ academy to management for seven other labels), Mark’s never been caught with his pants down. But he admits it’s not been easy and, for the first eight years of running Toolroom, he invested most of his DJ income into the label. “We’ve not been that close to the wire because we’ve stayed up-to-date with the industry and how it changes and embraced it. It happened with downloads, and we were one of the first labels to sign up to Beatport. It happened with streaming, and we were very quick to start working with Spotify. You can’t resist changes, you have to embrace them at the most embryonic phase.”

Technological changes, economic conditions and consumption habits aren’t the only challenges labels have had to embrace, though. While the numbers are slowly rising financially, running a label in today’s market is still a tricky beast to tame, in a chaotic game where new competition emerges seemingly every day. You could have the best records on the planet in your hands, but getting people to stop and actually listen to them? Good luck.

“I feel sorry for the guys setting up labels today,” says bass producer and multiple label owner ZHA. “Almost three trillion are being set up every week in an incredibly saturated market, that has an even shorter collective attention span.”

When it comes to diversification, ZHA’s White Peach operations are a perfect example for this discussion. From one label, experimental dubstep outlet Fent Plates, he’s baked more pies than he has fingers to put in them. After Fent Plates came cult bass label White Peach, which led to a record store, which led to a distribution operation, which led to him brokering at a pressing plant and plenty more services. “You have to have something beyond just the label itself to provide an income,” he explains. “I don’t know how in your first 10 years any label can make a sustainable income unless they’ve locked down the next Burial for their 001.”

No matter when they were launched, no label makes a profit for the first years of existence. But as the body of work develops, so do the revenue streams — if they’re owned, registered and looked after efficiently. Diligence, doggedness and attention to detail do pay off. But not overnight. And the learning and developing never stops.

“Whether it’s syncing music to a computer game or holding a festival in Croatia or selling someone a T-shirt, we have to know we’re solid in how we take it to market and deliver it. That never stops,” confirms Chris Goss, co-founder of d&b indie behemoth Hospital Records. “There’s always something we’re all learning about. Neighbouring rights, animation, event production. Of course it’s not easy, we’re always learning and evolving and improving what we’re doing.”

As excitingly diverse as running a label may seem, at the foundation is one crucial fundamental: ownership, rights protection and knowing just how to make the music pay in every possible place it’s played or performed. Dry but necessary, it’s more vital for labels than events in idyllic locations and exclusive one-off runs of limited edition label branded teapots. “There are always going to be aspects in this creative industry that seem daunting,” agrees Goss. “Copyright, contract paperwork, legal language. These are necessary functioning parts of any business. Many aspiring producers and aspiring record labels would understandably choose to sub- contract to someone else, but it’s well worth taking time and making the effort to learn the core basics.” 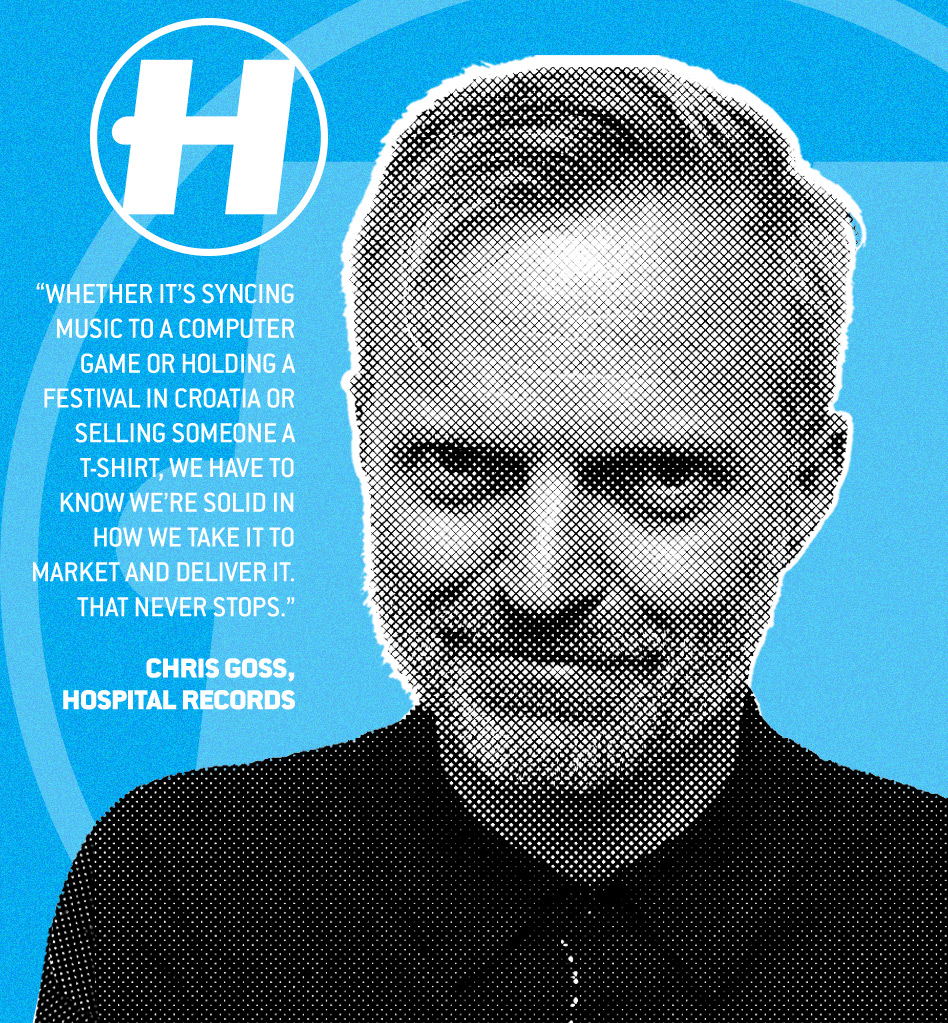