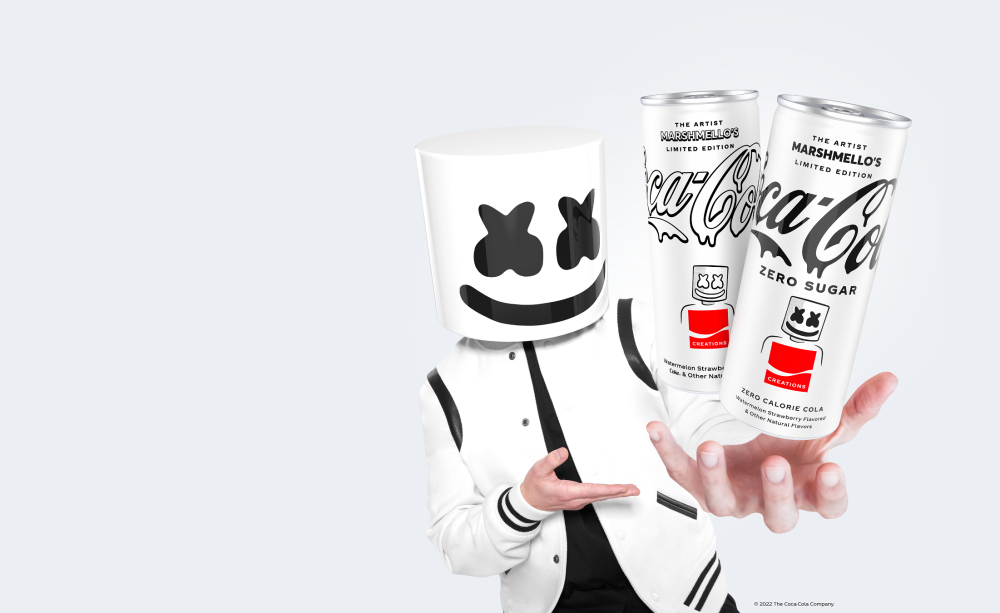 Marshmello has achieved a lot of “firsts” in his career and just announced his newest milestone. The masked artist has just become the first-ever to co-create a beverage with Coca-Cola, Marshmello’s Limited Edition Coca-Cola.

“It was great to collaborate with Coca-Cola on this limited-edition drop,” said Marshmello. “We created a vibey blend of my favorite flavors in this all-new mix. I think it tastes amazing and I hope fans love it too.”

One might think Marshmello’s collaboration would be marshmallow-flavored, but you’d be mistaken. It’s actually strawberry and watermelon, apparently two of mello’s favorite flavors, with a bit of a Coke edge.

Marshmello’s Coca-Cola Creations flavor will debut in an immersive takeover on the artist’s Twitch channel on July 9, ahead of the flavor’s IRL drop, where fans can participate in a “unique adventure” and gain exclusive access to metamerch designed by Zepeto.

Then, beginning July 25, fans can scan the QR code on the can to be transported to the Coca-Cola Creations online hub via www.coca-cola.com/creations, where AI technology will transform their emotions while listening to Marshmello’s latest track into a personalized piece of digital art. The experience was designed and produced by GUT.

The flavor drops in the U.S. on July 11, followed by select countries globally.

? The secret is out ? #CocaColaCreations hit featuring @Marshmello will be electrifying your tastebuds soon. ?⚡️#CocaColaXMarshmello pic.twitter.com/jTauMvRoy5

: Getty s The Weeknd has dropped a surprise EP today, titled ‘My Dear Melancholy’, and t 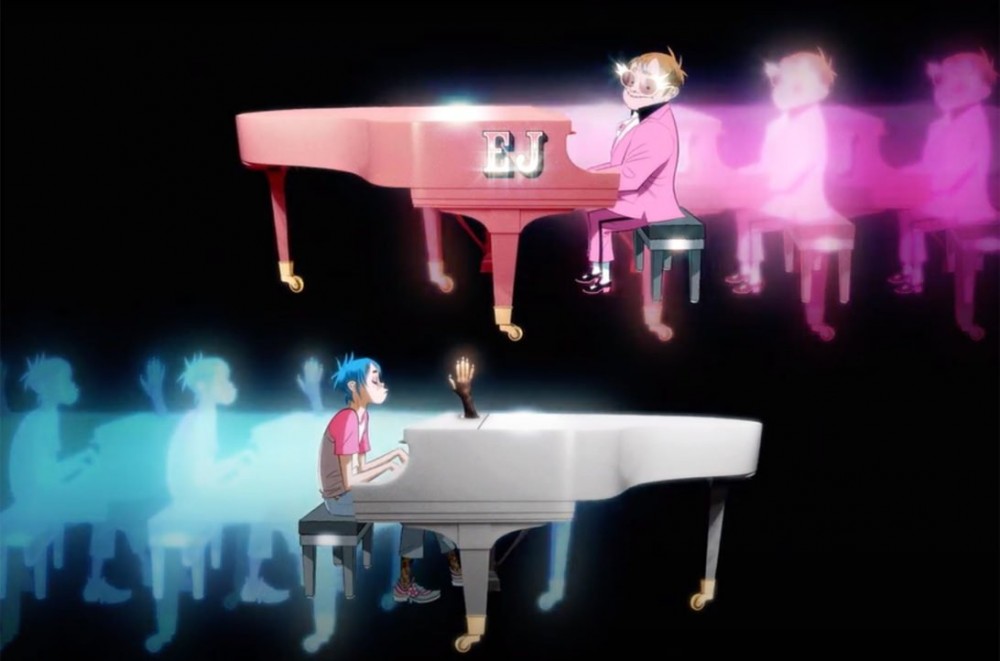 Up next in the Gorillaz Song Machine series, and the next single on Song Machine: Strange Timez, off