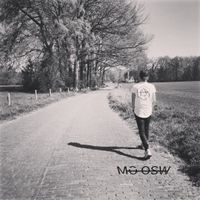 Producer Mo Osw is releasing a new single, the fantastic electronic music single titled “Let’s Go.” Released via the Swedish label Wern Records on May 13, 2022, this outstanding new record is set to instantly conquer fans of the genre in sparking the desire to dance until sunrise. Mo Osw is a russian artist whose signature style mainly revolves around a sophisticated sonic cocktail in which Bass House, House, Tech House, and Slap House merge flawlessly to produce these otherworldly soundscapes.

The way he intertwined the vocals with the beat and instrumental is particularly well thought-of, adding to the already energetic vibe distilled by the track from beginning to end.

It is noteworthy to mention that Mo Osw is supported by musicbyLukas & TEAMMBL. Deep passion manifested itself into a triumphant return for , whose crowdfunded album  exceeded alr Nicolas Jaar astounds with sample-heavy surprise album under lesser-known alias, Against All Logic Beginning with dramatic, unwavering instrumentation that slowly builds into a blend melodic electron