Job Sifre sits in his home studio staring down at a tattoo on the back of his arm that reads, ‘This Must be the Place’. It’s a reference to the Talking Heads track of the same name from their 1983 album ‘Speaking in Tongues’, and the same line that is written above the entrance to BAR in Rotterdam, where Sifre started as an intern just a few years ago.

The Amsterdam-based DJ/producer is now one of the fastest-rising stars in the scene perpetuating the unstoppable influence of EBM on techno, having seen overnight success following the release of his debut EP, ‘Worries’, last October. He now holds a residency at much-revered clubs BAR and De School in Amsterdam, as well as being given the honour of closing Frankfurt’s iconic club, Robert Johnson.

“Just half a year after my first release I was closing the club,” Sifre tells DJ Mag. “I really have to pinch myself every now and then to make sure it is all actually happening,” he laughs.

‘Worries’ was also the inaugural release on Rush Hour associate Interstellar Funk’s Artificial Dance label, which has since released an EP from C. Stein. “After meeting Olf [Interstellar Funk] at a party in Amsterdam, I sent him some music,” Sifre explains, “just curious what he would think of it as I deeply value his taste in music. I didn’t know he was planning on doing the label,” he smiles. 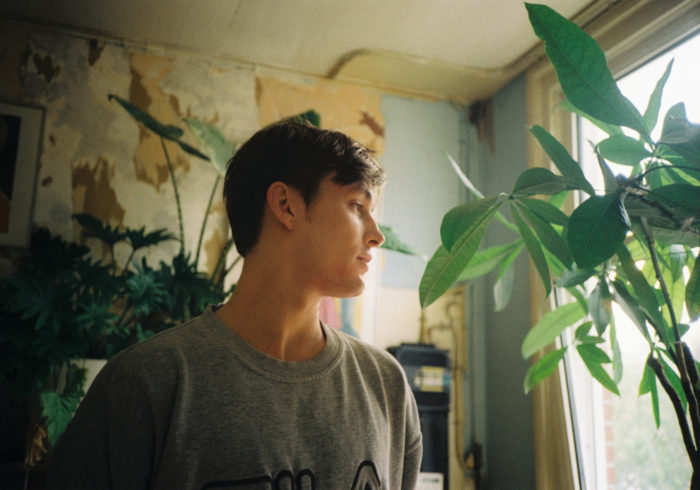 Together the pair planned the release, which combines elements of EBM, industrial, electro, new wave and more in an angular six-track exploration. “I really didn’t expect it to be so successful,” Sifre muses. “But I’m grateful that an influential artist like him supported me. The fact that I play regularly around Europe now, is mostly because of him.”

His ‘Het Bestaan’ EP followed in February, presenting more of the bold, whip-crack snares and slick, seedy synthwork that made his debut such a winner, with club cuts like ‘Zeno Dicho’ showing a talent way beyond his years. Sifre also sings on both of his own releases, something of a rarity in contemporary electronic music.

“I really love the vocals in old school EBM,” he enthuses. “After the ‘80s, they slowly disappeared, which is a shame. Emotion is the most important thing in music – vocals add a certain drama. I just thought, ‘If no one is doing it, I’ll just do it myself!’ It was hell to make them sound acceptable though,” he laughs. “It’s done super DIY with a shitty mic I borrowed from someone. And I have no background in singing whatsoever.”