Music writers and composers take influence and inspiration from the world around them, including the music they listen to in their off time. Sometimes, completely unintentionally, these writers create their own music too similar or nearly identical to existing pieces of music and open themselves up to gung-ho legal teams willing to make a buck on their naivete.

In order to combat this and give songwriters a leg up, Spotify has invented and filed a patent for a “Plagiarism Risk Detector And Interface” technology, which pertains to “Methods, systems and computer program products..for testing a lead sheet for plagiarism,” according to documents obtained by Music Business Worldwide. (A ‘lead sheet’ is a type of music score or musical notation for songs denoting their melody, chords and sometimes lyrics or additional notes.)

The concept would allow for lead sheets to be fed through the detector and analyzed against an existing cache of lead sheets for potential plagiarism conflicts.

“A set of messages would then be displayed,” writes MBW, “describing a detected level of plagiarism regarding ‘a plurality of elements’ such as a chord sequence, melodic fragments, harmony, etc. of a song (see fig 7 below).” 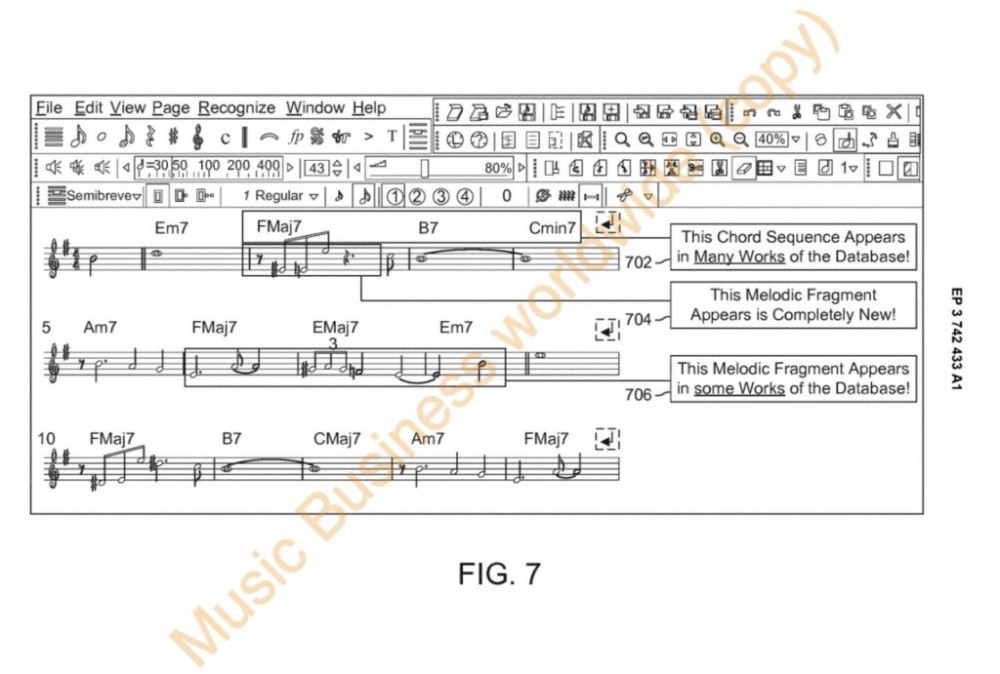 Of course, there are only so many combinations of chords and melodies available to musicians, and some could argue that they might all be exhausted over the course of time. While some degree of similarity in the base notes of a song could be questioned, with today’s available technology, artists also have the ability to augment their music to avoid straight plagiarism.

You can read the full patent application here.

NGHTMRE Releases ‘UNSOUND’ EP, A Prelude To His Upcoming Album