After going to ground and into their new studio, ‘The Tiger’s Lair’, to record their fabulous second LP ‘On The Green Again’, Tiger & Woods are coming out of the shadows to give us a rare insight into their madcap world.

“Tags are really hard to get rid of, no matter what you do”

So say Tiger & Woods, an Italian duo who have very much been known as edit kings since they debuted in 2011. And for good reason, because for much of the time since then, it is their ability to get the best out of existing tracks which has defined their output, both in the DJ booth and studio. Sun-kissed and disco-fried, underpinned by a boogie bassline and finished with a soaring vocal, their style is accessible and lovable and soon made the men behind it big stars in the world of dance.

But they are by no means an overnight success story. In fact, the formerly rather mysterious and anonymous duo have many years experience between them. Early on in their careers they DJed in pulled down caps and kept themselves to themselves, but recently they have been revealed to be Italian pair Marco Passarani and Valerio Delphi.

The former grew up musically by “taking care of the video games section” in record shops after school. He credits two older colleagues with showing him the light and playing him every good record that came into the shop. From Kraftwerk to Prince, Depeche Mode to Brian Eno, he soaked it all up until in 1988 he was played a Chicago house mixtape that, when all added up, “is the foundation of what I am.”

Since the early nineties he has put out plenty of 12”s under aliases like Analog Fingerprints, M-Chrome and Passarani 2099, but never with the success of this project, which he puts down to the texture of the Tiger & Woods sound being more “understandable and digestible”.

The younger, Rome born and raised Delphi, meanwhile, had to do the work himself. His family was not musically minded, but he got into DJing all the same and eventually got a proper club gig from a man he calls Pierandrea.

Eventually he met Marco in a record store and was shown the ropes in the studio and put out his first 12” in around 2008. Soon after, he was invited to be a participant at the Red Bull Music Academy where Marco was a lecturer. “During that experience we had the chance to work more extensively on a few loops we had done together, and thanks to the environment, the Tiger & Woods project was born.”

To this day the pair retain separate roles in the project, and continue to live separate lives, but they credit that with being the thing that keeps it so fresh and eternally full of surprise and promise. They admit to being generally happy chaps, as their music would suggest, and claim they are “always looking for that beat you can listen to over and over, non stop.”

A large part of their discography is based on carefully dug-out samples and how well they are treated. Look no further than their earliest hit, ‘Gin Nation’ on Gerd Jansen’s Running Back for proof of that.

It is a loopy, sensuous track with syrupy synths and robust bass that cannot fail to sweep you away on a groove as the heartfelt vocals seep into your heart. Plenty more authentic disco house jams followed on their own label, Editainment, until they rather dried up in 2014 owing to touring constraints.

“It’s something you have to deal with,” they say on the subject. “You have to be on the road almost constantly to make a living out of it, so you have to optimise the time you spend in studio ‘cause it’s less and less. Sometimes you manage to make it, other times procrastination and tiredness take over. Playing out is still one of the best part of this job though, so we can’t, and we wouldn’t, complain.”

In fact, they go on to say that one of the reasons they love to perform is because while in the club and playing tracks, “one million ideas come to our mind. That’s why we are still working hard to find a way to do a sort of hybrid set that allows us to bring the studio to the club and compose there.”

Their sound is unashamedly aimed at the ‘floor both in the booth and the studio. In the studio, they both report to being able to do all the roles in a fluid fashion, and in the booth they tend to play three records each because it’s “enough time to build your own little tension, but means you don’t wait too long for the switch and keeps us both in the groove. If we perform live, we don’t talk. Eye contact is enough. Live means a lot of rehearsing, so we learn about hidden messages from each other in the performance”.

Another reason they have been quiet on the release front for the last two years is their sophomore album following their debut ‘Through The Green’ from 2011, ‘On The Green Again’. It is the first product of a new studio they took on, The Tiger’s Lair, which in turn took a while to get used to. Add into that the fact the album finds them had in a new direction — not musically but in terms of technique — and the long gestation period is explained.

“Generally speaking, making music, as any other artistic form, means putting a lot of yourself in the final result, which can lead to a lot of up and downs,” they explain. ”Sometimes you can misunderstand these feelings and look at them as torture ‘cause you expose yourself a lot, but this is the pinnacle of an entire journey and in the end it came together pretty smoothly.”

Across 10 high-gloss tracks of dazzling disco, funk, house and boogie, the duo sugarcoat their synths, make their drums pop and baselines bump with an authentic realness so often lacking in modern disco. It is an aesthetic that was born in their sampling and editing days, but this time around is all their own work but for two or three micro samples “that could have come from anywhere” and were used simply to preserve a certain sonic texture. A “best of both worlds” studio full of analogue gear including a Roland SH101, Moog Little Phatty and loads of other machines plus plenty of software also helps them cook up their irresistible blend of analogue roughness and digital shine.

Even the vocals, which range from tits-out and glitter-tastic to more spacey and dreamy, are original. They come from either a vocalist and friend referred to only as Em—who the duo are currently working with for her first solo 12”— or the pair themselves. “We use and abuse the pitch and format correction on top of harmonisation ’til it all sounds right. Or the vocoder also helps a lot!” they say of the studio treatment they give their own voices.

This new do-it-yourself approach came about after the pair “faced the reality of how difficult it can be working with samples, for different reasons, ethical and practical.” As such they slowed down working with them and started working on creating their own “fake original songs” and this instilled in them a desire to do more different things.

“Because of that, we have learned that living in a cage is not a nice thing to do, and Tiger & Woods has been in a cage for a long while.”

“I mean, sampling is really amazing, we grew up with De La Soul using samples as instruments, and that’s how it should be”

“But on the other hand abusing it makes you feel bad at some point. In an ideal world, you would love to sample and do this the most legit way, probably while having a conversation with the author of the original sample and collaborating with him, but that is often impossible.”

“From the artistic side,” they continue, “we wanted to move on to avoid that “edits” crate. Also most of the time we ended up treating the sample so much that then the song became something completely new and different. Very often the final result had only the texture left from the original, so we learned to replace the original and use the original only as a frame of the new composition.

This seems time consuming, but for us was the right workflow to preserve the groove and the cuts we used for the edits. The ethical reason is also something that we felt; we just wanted to do things right. Last, but not the least, the practical side. Clearing a sample, in most of the cases, is virtually impossible. The legal side killed us. It was long, frustrating and brought home very little results.”

It is testament to their skills and vision, then, that the transition from edit kings to masters of their own original musical identity is almost seamless: their new music will still make people dance and smile in the same ways it always has, but now the men making it can also allow themselves a smile. 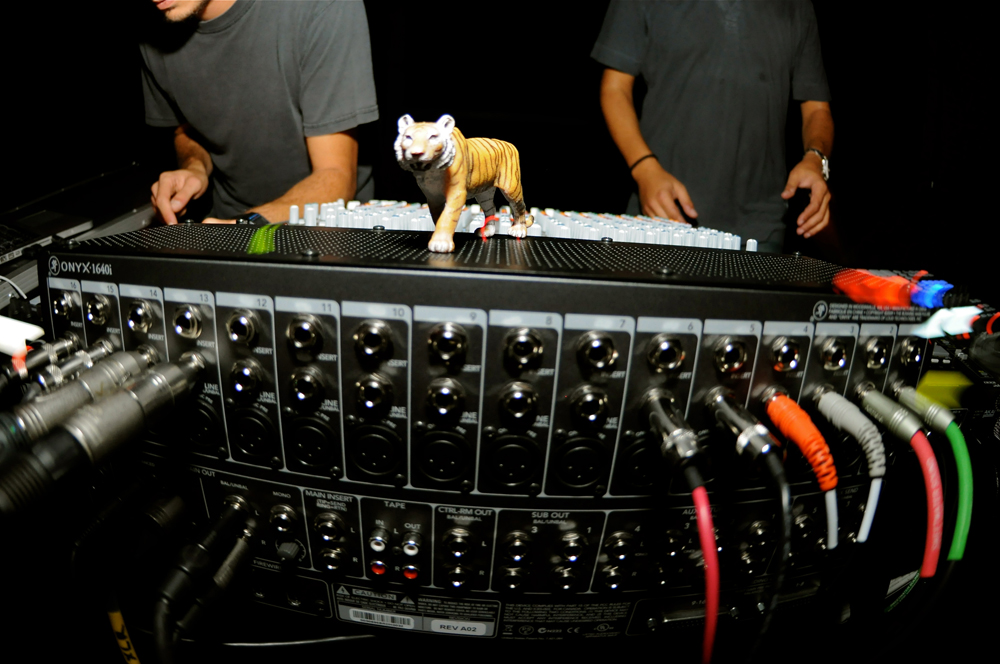 TIGER & WOODS ON EDIT CULTURE
“Rules on editing is a topic we have always discussed since day one. We truly believe that a DJ should play a lot of edits made by himself during his sets. It would make every DJ set unique and special. We would pay to hear our tracks played in a different way by a different DJs. Imagine going to every different club and you hear different versions of your song. The ethical problem exists when you release it, and that is when you have to be careful: we think that in this case you should really alter the original song a lot if you really wanna do this kind of thing. What is the purpose of a record where the original song has been just cut, extended or fixed/pumped up? Anyone can do that even with just a CDJ! The original author doesn’t really need that, unless he asked for it, of course.”

“My favourite place to eat is Sabina. A region near Rome, central Italy, where any restaurants will bring peace all over your body.”
“I’ll be honest, I don’t read much unfortunately, but Agassi’s biography has been such an inspirational journey that it made me wanna share this feeling with you all.”

David Woods shares some of his passions…
“Sicily is the best for eating. From Norman to Arab, everything is on one plate and you can have the best fish of your life!”
“Fùtbol by Osvaldo Soriano. I’m crazy for football and this is simply the best book on the topic.” Avicii's U.S. music sales increase by 6000% in wake of death

Sales of Avicii’s music have increased by 6000% in the U.S. following his unexpected death on Apri 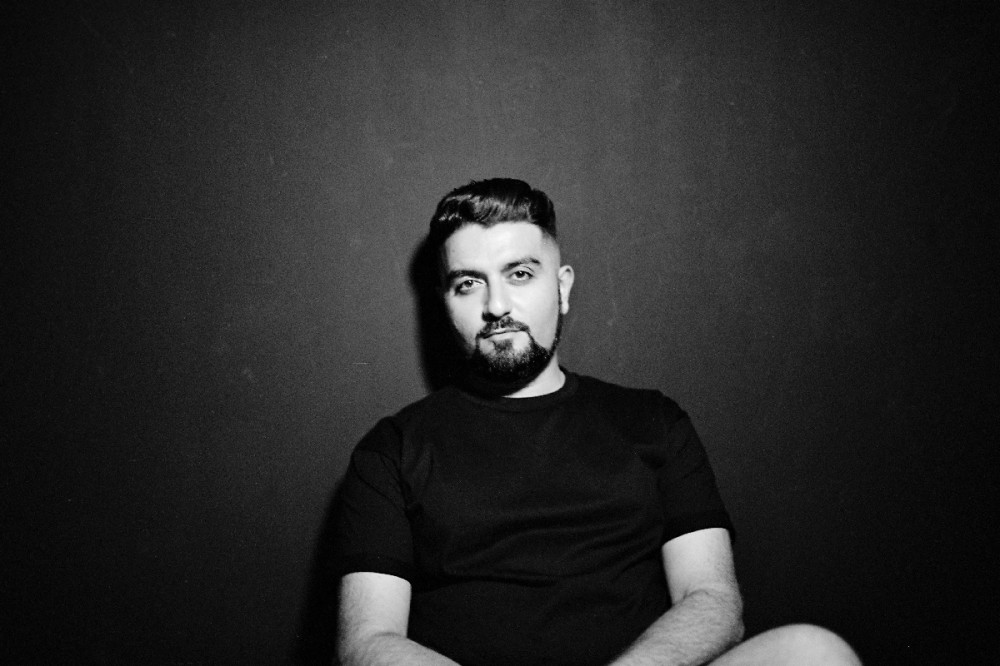 Music typically serves impetus for therapeutic, and Motez‘ mission as an artist is to wield th