tINI talks Carl Cox, temptations on tour and why ibiza keeps her coming back

tINI is one of Ibiza’s biggest cheerleaders. She lives on the island full-time in the summer, throwing her local tINI & The Gang parties at intimate venue Underground during the season. “Underground is hands-down my favourite club on the island,” tINI tells DJ Mag when we meet her in Ibiza. “We’re hosting seven parties this year and we’re going to take the events way into October for those people still leftover from the season. It’s kicking off on Tuesdays and the concept is the same as always: we want to bring new talent to the island that wouldn’t normally get the chance to play here.”

We’re perched under the shade of a palm tree beside the picturesque shores of Sa Caleta beach — it’s one of tINI’s favourite beach spots on the island. Her parties have grown exponentially in popularity since launching back in 2010, something she didn’t think possible when she first came up with the idea for her self-proclaimed “gang parties”. “I think Ibiza will always be the perfect place for our party,” she says. “That free spirit, a sense of togetherness, that’s what you find here — that’s a big part of our event.”

It’s a sentiment echoed by many famous DJs the island over, many of whom — like tINI — put down roots in Ibiza every summer. Like many other music-makers, tINI also tells us she finds Ibiza’s turquoise waters and jagged coastline creatively inspiring, spending her downtime crafting tracks in her studio or enjoying the outdoors on the island. On the brink of what’s set to be another successful Ibiza party season for the German DJ, we meet up with tINI to find out more… 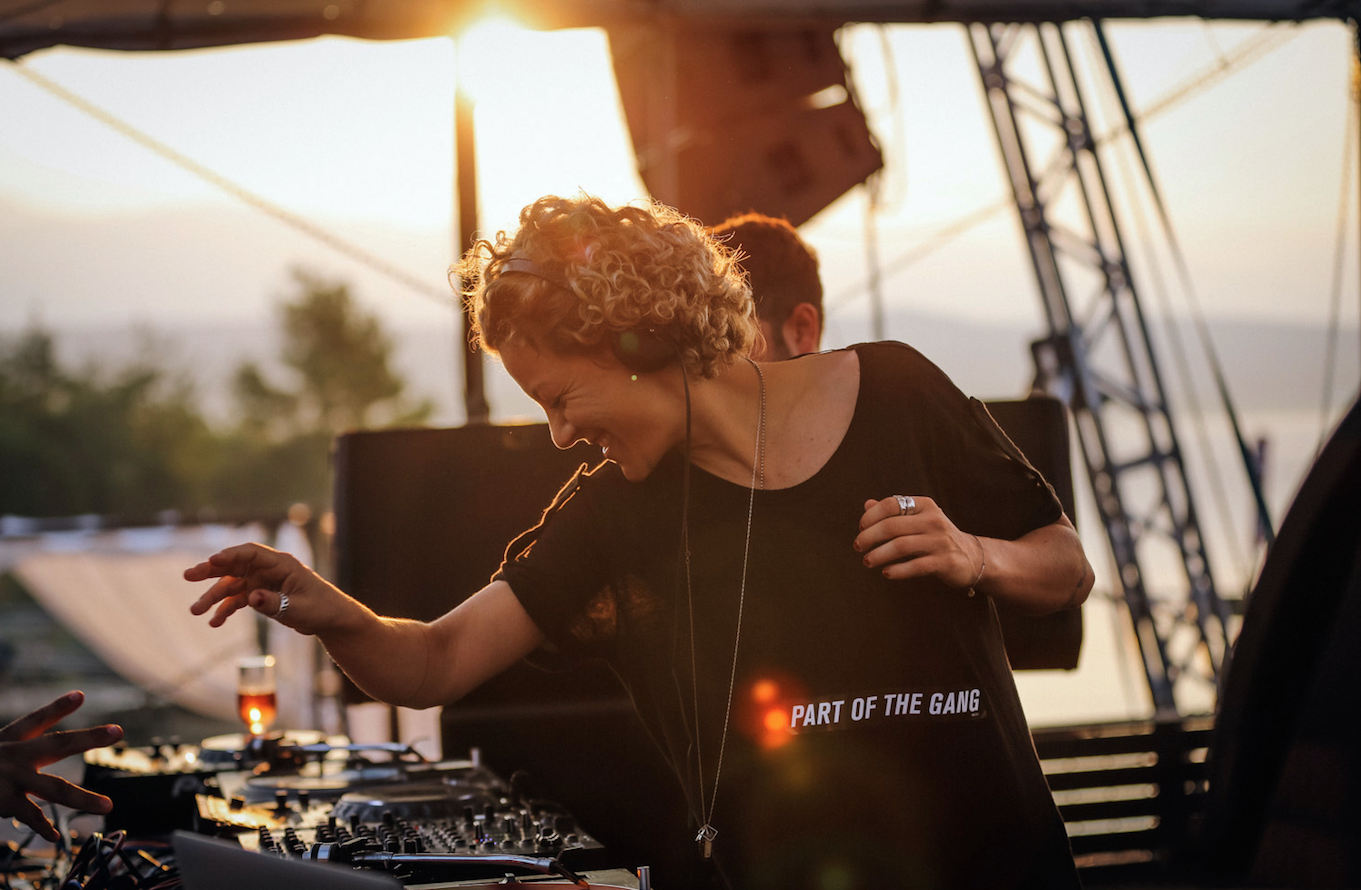 Hi tINI! You played one of the much-talked about Pure Carl Cox shows at Privilege back in July — tell us about that?
“Well, I’ve been playing for Carl for many, many years. He was the first person who ever bought me to Ibiza to play. It was a warm-up back then on the Sunset Terrace, and ever since he’s booked me. He always puts me on really amazing events, last year was obviously really important for me as I played his last ever event at Space. I’m just so super-happy to be involved with anything Carl does. The sound in Privilege’s Vista room is so amazing as well, it’s a great place to play — I feel like I’m still recovering.”

And what do you think of Privilege as a club?
“I think it’s great, but it’s the same as it was years ago. When I was playing the Carl night, I discovered rooms I never knew were there. I think Carl’s definitely put some focus back on the club — it really defines the term superclub!”

When did you first come to Ibiza?
“It was 2003. It was very different but it still had the same energy, the same charm. The places I used to go for the sunset were probably a lot less crowded. Club-wise, a lot of things have changed, obviously — Space has very sadly gone and DC-10 was still totally open. There was no huge VIP areas or big backstage bits where everyone was hanging out. To be honest though, I’m not one of those people who likes to hold on to the past too much. I think we should make the best out of what we have now, you know? I used to go to Underground a lot even back then, and I wasn’t even really DJing that much at that time. So I never would have thought that all these years on I’d be spending my summers here and DJing around the island!”

Why have you chosen Ibiza as the spiritual home for your tINI & The Gang parties?
“Well to be honest, it’s more like Ibiza chose me (laughs). It all started back in 2010 and we wanted to call it tINI & Friends but sadly Luciano already had a similar name for his party — so we couldn’t. The concept was always just to make it a free party and not to have this pressure to fill a club. My profile was so little back then and even now I wouldn’t say I’m some superstar DJ. To start something like this was just a blind attempt to do something a bit different.” 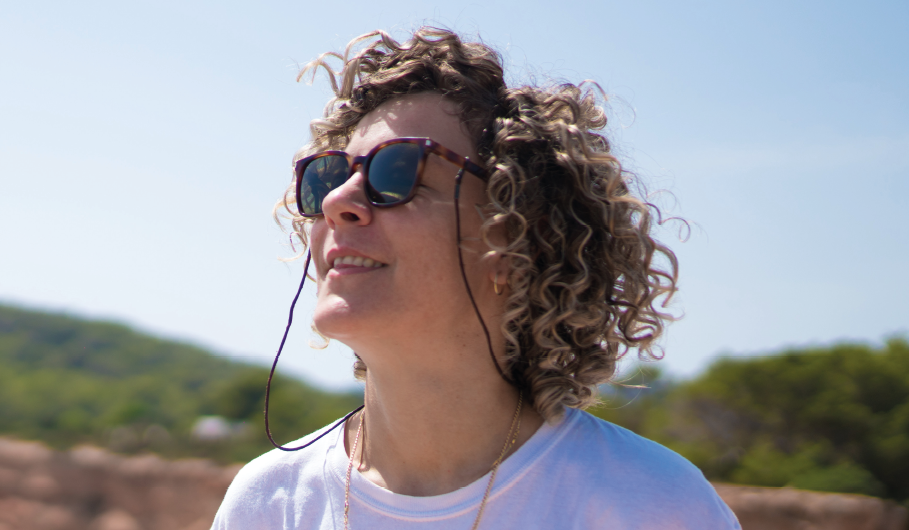 So you don’t think the island or the crowd has changed?
“Sure, I do see it changing a little. I would say there’s been a change in some of the people that have been coming, but overall we still have our true followers. It’s still a really free-spirited vibe. I guess one of the issues is that it’s pretty much impossible to run a free party — even now we can’t continue making ours free. But that’s the politics of the island, I think. It’s sad because it’s become so expensive here now. I mean, it was never cheap, but I read the other day that there’s been a 40% drop in hotel bookings because it’s just so expensive. I think there needs to be a bit of a handbrake on the prices — it’s getting out of control. It’s hard for the workers too who want to come here, getting a flat every summer is a nightmare!”

Are you a fan of the outdoors?
“Yes, definitely! I love to cruise around the island, go swimming and eat loads of fish (laughs). Also I have my studio here, so I just get to relax and make music everyday. I actually try to do sports everyday — I like to run along the hilltops and I just bought a kayak as well. I do love going out once in a while — there’s obviously so many DJ friends here all the time but I really watch myself with that. If I accepted every invitation, I’d be partying non-stop!” 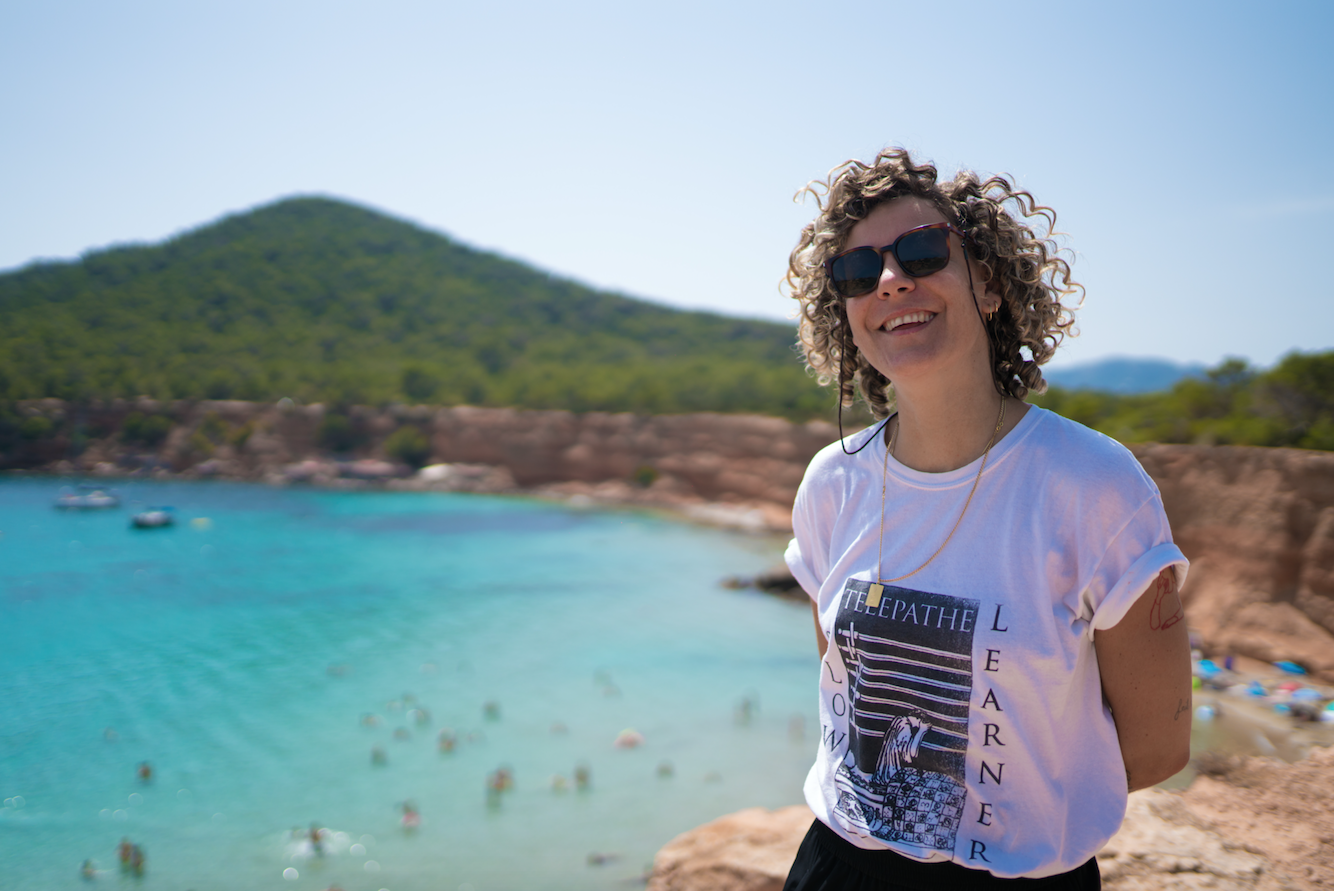 How do you handle the temptations of the DJ lifestyle?
“I think you just have to. I’m really strict with myself when it comes to this kind of thing. In 14 years I’ve never missed a flight!”

Have you seen other people get lost in Ibiza?
“Yes, a few. I think it’s really easy for that to happen though — we all know it. There’s always another club, there’s always another after-party, and another one after that. If you want you can live like this. I had one summer, back in 2010, where I experienced this to an extent — I was just out and about all the time. Don’t get me wrong, it was a lot of fun. But I play away from the island every weekend doing gigs around the world, and I want to be the absolutely best version of me for those people, so I keep the island partying to a minimum. I’m a very balanced person generally — I love to party but I love sports, and most importantly, I love sleep!”

How do you prepare for a club set? Do you make your own edits in the studio?
“I do make my own edits, yes. But most of the prep just involves me going through all of my vinyl. There’s also two really great record stores on the island — so most of my prep just involves physically going to a store and finding new music. I literally never prepare my sets, everything is completely freestyle. I’m not one of these people that thinks, ‘Okay, I’ll open with this at the beginning or whatever’. To say it’s by chance sounds way too random, but there is definitely an element of chance in all of my sets. If your soundsystem is really powerful, you can play deeper tracks, for example. My preparation would be buying vinyl, that’s for sure.” 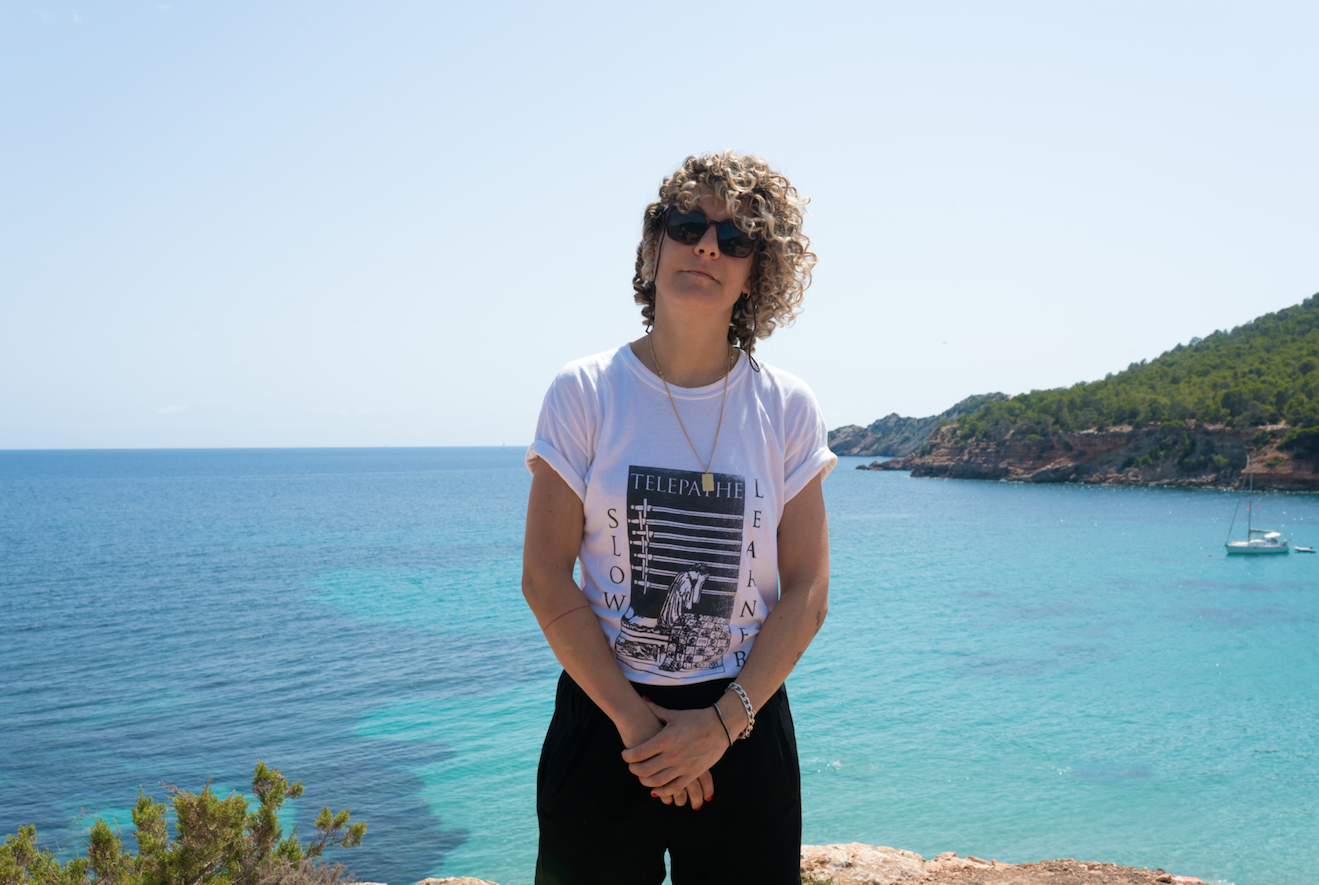 And music-wise, what’s coming up?
“Well, there’s a lot! It’s always been the plan to put out tINI & The Gang records, but you know, there’s always such a lack of time. I feel like I’ve been saying this forever (laughs). I’m trying to get some help to get everything out — the music is there obviously, as I mentioned I make music every day. I’ve started playing my own tracks out again, which is really special. At the Carl Cox gig I played loads of my own tracks…”

Do you find that’s a good tester for your music?
“Yes, absolutely! Playing music out is always the ultimate test. I didn’t do it for a long time because I was always very nervous about playing my own music. I’ve got a big remix coming out soon that I’m really excited about, actually — but I can’t talk too much about that yet (laughs). I guess I’ve always been more of a DJ than a producer, but producing brings me so much happiness, I absolutely love it. The thing is, there’s so much great music out there and sometimes I feel stupid trying to release music that I don’t think is at the best of the best quality. I want to make absolutely sure that the tracks I do release, I’m completely satisfied with in every way. I really hope people like these tunes I’ve got coming out as much as I do!”

•Catch tINI at her next tINI & The Gang party at Underground on 5th September.

Charlotte Lucy Cijffers is EDMAllDay’s Ibiza and digital editor. She spends most of her time scheduling Facebook memes and avoiding after-parties on the island. Follow her on Twitter here.