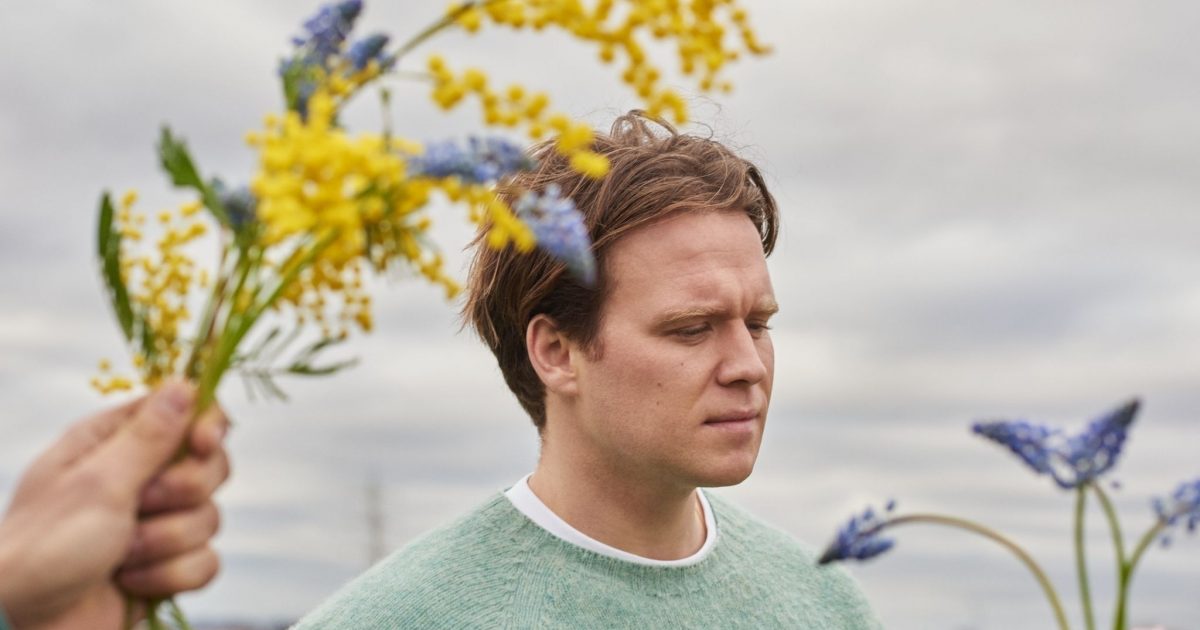 Tourist shares exclusive track by track of new album ‘Inside Out’

UK electronic whizz Tourist has released his new album ‘Inside Out’ and we’d be lying if we said we weren’t listening to it every day since!

In a special turn of events, Tourist, real name William Phillips has given us an honest and emotive run-down of the sublime LP. This is how fans can really get a deeper understanding of the creative process and love a track, or tracks even more.

While we’d already been privy to a number of singles, hearing the thing in full shows the poignant curation that goes into creating a full-length release in a day of sub-3-minute singles.

This is also an independent release on his own label which must give a sense of freedom away from overly marketed or themed releases to attract a ‘current feel’.

Dive into each track and description of the creation below.

I wanted to start my record in a way that felt as though the whole album was revealing itself to the listener. The big difference with this LP is that the tempo is on average higher than my last two albums. I’ve always been a huge fan of dance music, whether it’s UK Garage, Jungle, French House etc, and it felt as though my last two records were more in the realm of “downtempo”. So with this album I had made a conscious decision that I wanted to see what would happen if the locus was the dance floor. “Speak In Symphony” is for me a transition between two musical identities, ambient and propulsive.

This was one of those tracks I feel like I’ve been trying to write my entire life. Something that is rooted in euphoria and melancholia in equal measures. I was looping this Penelope Trappes vocal sample in 1-second increments and I started hearing these really beautiful and ethereal melodies/chord changes come about. That’s the main repeating vocal sample you hear throughout. From there, I actually sang into my phone the lyrics “Your Love” – and just repeated them over the loop. I think the first time I heard it it made me cry. There was something very sincere about the sentiment of asserting a statement of love over and over on a dance track – like an old Roule records release. I then added in the Julianna Barwick vocal from “Labyrinthine” (who’s voice I adore) and eventually, the sample from Big Thief’s “Mary”, running Adrienne’s voice through a vocoder seemed a bit sacrilege but I feel it worked really well. In the end, It forms the centrepiece of the album and is the one resounding sentiment I’d love people to take away from Inside Out.

I started writing Avalanche on the Isle of Skye whilst on a trip with my wife. Initially – it was a very glacial ambient piece, just synth arpeggios and pads. I was looking out over the sea whilst working on it, it was a deeply moving place to write music. I found an acapella by Ellie
Goulding on my laptop and I heard this phrase that sounded like “Hold Me”, I loved how haunting that was. My instinct on previous albums might have been to leave it ethereal, but with this record – I wanted to push it to a more dance floor place. In the end, it became quite a cinematic piece of UK Garage. Also, who doesn’t love an out of context dulcimer? I played it to Ellie and she loved it thankfully!

This is formed from a Shakespeares Sister sample, I really love the vocal performance on their original track “Stay”. I used some software to extract just the vocal track, and then I started playing some chords on my piano at home that worked over the vocal. I ran the chords through a tremolo and a distortion unit and it became this crunchy half time R&B thing that I loved. For some reason, “I’ll go anywhere with you” against those chords really made me feel something.

“A Dedication” is about the unspoken words between people. There was this period when I was trying to let someone know I was thinking of them, and my messages were going into the ether. The lyric “I know it’s hard for you, because it’s hard for me” really summed up how I felt at that moment. I really liked the idea of sampling a late 60s song and juxtaposing that against these early noughties breakbeat drums, it brought a kind of unexpected quality to a track that might usually feature an R&B sample – which felt far too done.

This is probably one of the more murky points on the album, an ambient slowed down house track. This one is tinged with sadness, the name of the demo (the month in which it was written and also when everything really fell apart) became the name of the track. It felt quite cathartic to explore the darker / sadder sounds for a few minutes.

Track 7 – We Thought You Were Sleeping

I wanted this track to feel almost jubilant on the surface, but really sad when you actually listen to what’s being said. There are two main lyrics, one is “just in your room, we thought you were sleeping” and the other is “couldn’t hold her”, which comes in towards the second half of the track. I was experimenting with a Durutti Column track called “Bordeaux”, chopping it up in a way that Todd Edwards might do. It was on a loop in my headphones and after a while, I started to hear the words “just in your room, we thought you were sleeping” – that struck me as such a devastating lyric that I had my friend Tom (Swim Mountain) sing over the top to reinforce it. As the drums come in, I recorded myself singing “couldn’t hold her”, and manipulated it a lot – this was in reference to me not being able to comfort the people I needed to be around at such a difficult time.

I woke up with an impulse to write something that felt free and blissful, almost like a track Air France would have written in the early 10s. I’ve always been a fan of music that feels collage-like and “Lark” was me indulging in those tendencies. The field recording at the beginning is from a forest where I finally met someone really important to me after 18 months.

I wanted to write a track where it felt as though there were lyrics trying to say something but you could never quite make out what was being said. I like those in-between vocals where it’s really up for interpretation. People will imbue their own meaning onto it. There’s something about a voice disembodied from language that really appeals to me. Just those primal choral sounds that speak to my soul.

I wanted to end the album with a declaration of absolute optimism and love. The lyric here being “my love is eternal”. That is true for my friend and my daughter. Sonically, I was asking myself how it would sound if Brian Eno made a jungle/breaks track. Like if “The Big Ship” was made now. All of the synth lines are coming from my Moog Model D, which is usually a mono synth – but when you stack up about 6 of them together you get this huge wall of sound. I loved how it felt so all-consuming sonically. It felt sheer. At the end of the track and indeed the album, you can hear my daughter’s heartbeat – which was recorded in the hospital the day she was born. This was my nod to the future, a kind of acceptance in the sense that life always goes on.

Well there you, a track by track from electronic master Tourist! How special. Stream the entire thing below; 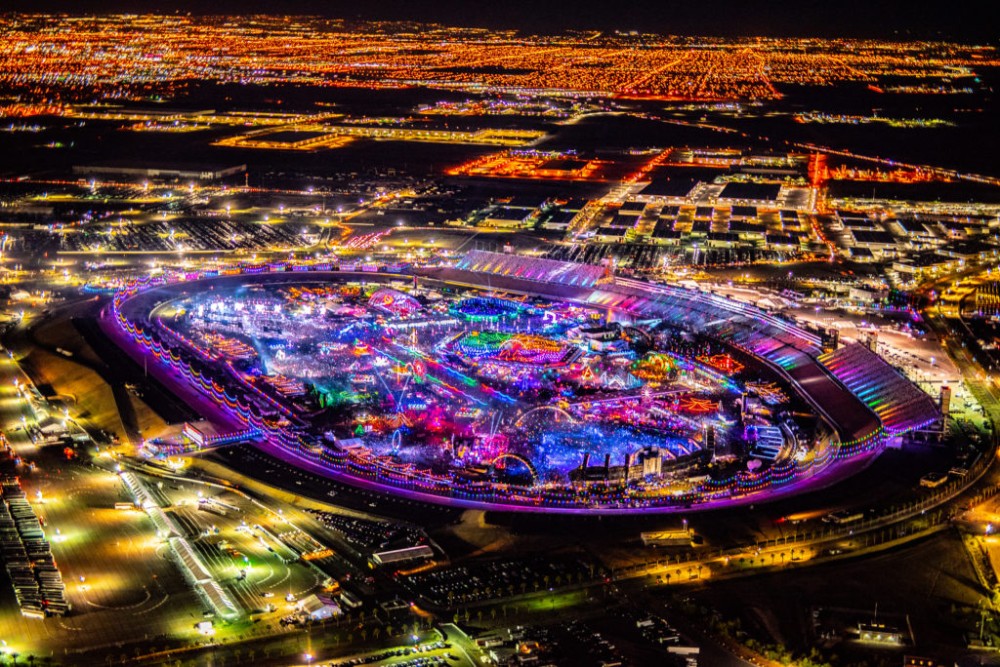 The EDC 2022 Lineup Just Dropped With Tons Of Exciting Acts

The annual EDC lineup drop is something our team generally looks forward to every year, with all of 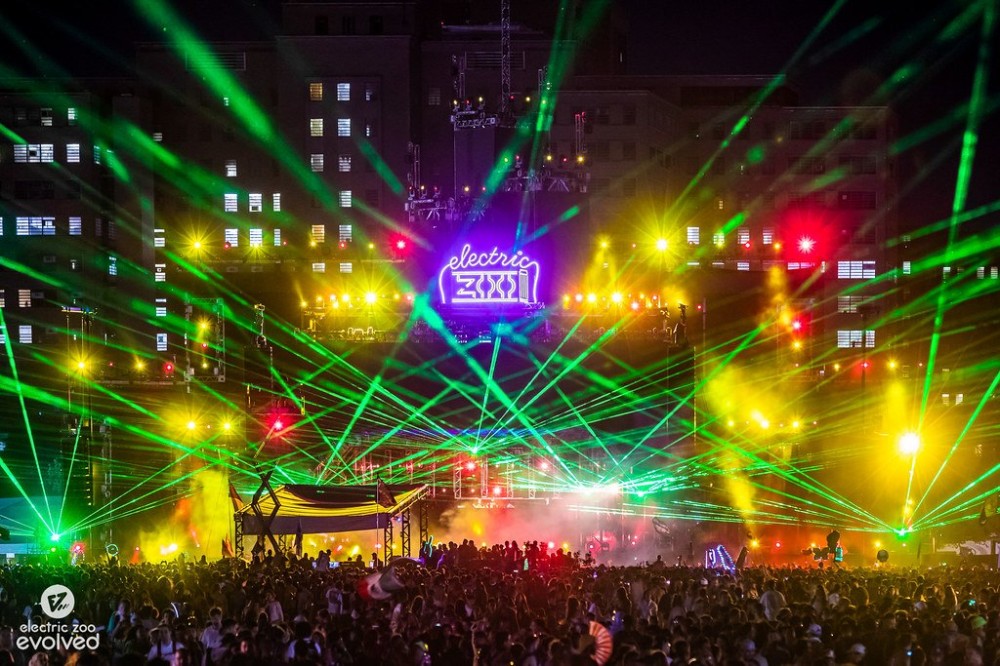