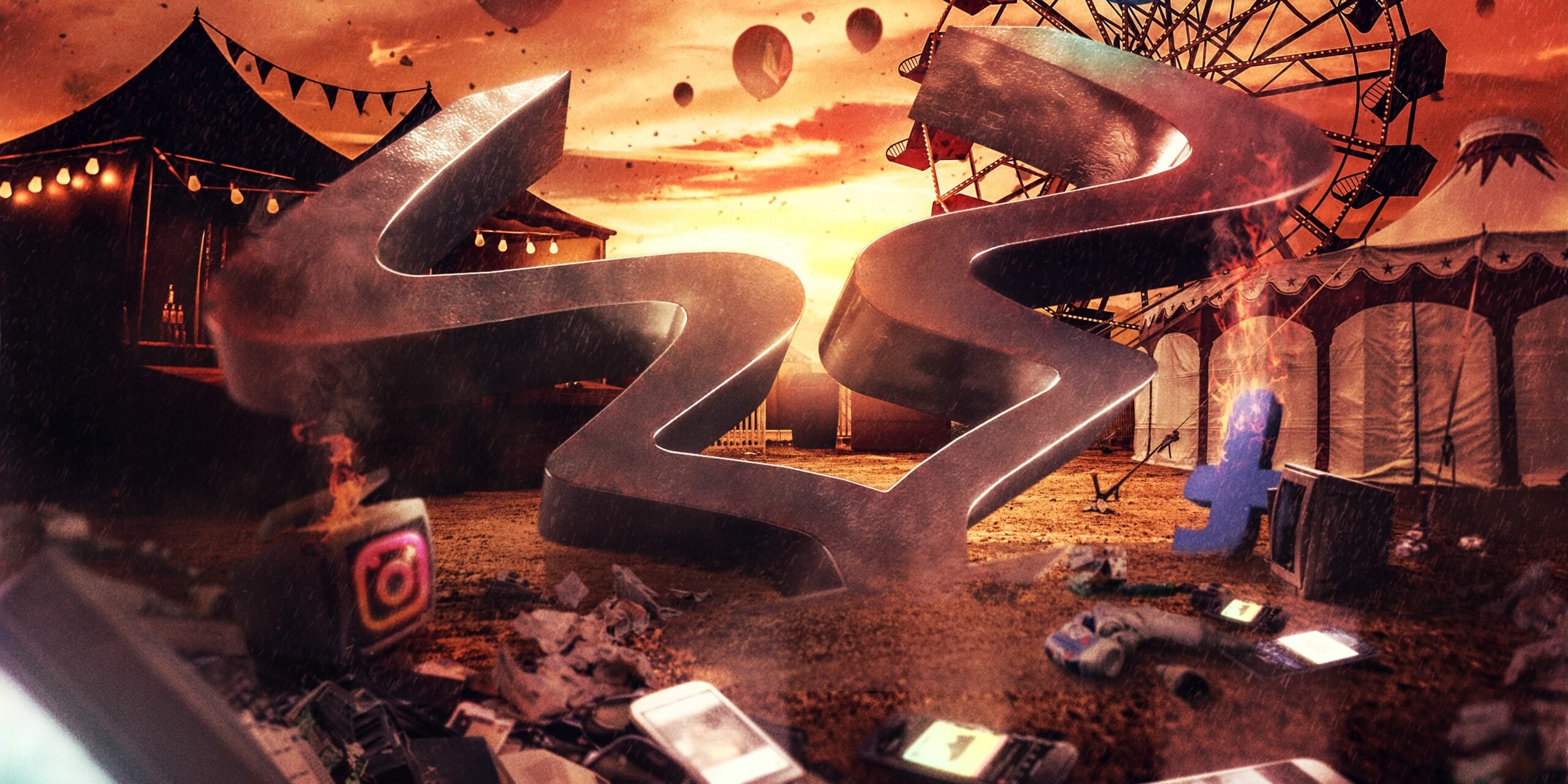 Aside August’s rough and deep collab track with My Nu Leng called “Sahara Dub” on the fellow Bristol boys’ clandestine new label Wavelengths and a VIP of their 2020 hit “Pure X” for RAM’s 2022 annual, Mob Tactics haven’t released any new music since their War City EP in June, 2020. This isn’t all that surprising, as the pandemic either slowed or stopped production for quite a few artists, and each is taking the time needed for them to get back into the swing of things. The Mob Tactics duo also have the extra difficulty of living six thousand miles from each other. Luckily, the wait is over and 2023 is already shaping up to be a red letter year for the duo, starting with their upcoming EP, Beyond the Circus part 1.

With a style that straddles dancefloor, neurofunk and many other styles, Mob Tactics are one of those acts that can make highly technical work and unhinged, almost experimental sound design flow in a way that’s still danceable and approachable. That said, with the entre of Beyond the Circus and its frenetic pace, stark messaging and even more mad scientist sound design, fans are put on notice for this EP and its ensuing sequels: these tracks are thinkers, and they’re not couched as much in finger gun-blasting fun as previous offerings. Get those neurons firing before you step to the dancefloor, or you’ll miss a whole lot.

Starting with the EP’s title, Beyond the Circus connotes not only the dystopian madness of the pandemic but the surrounding and subsequent political, cultural and social media circuses we’ve all had to live through lo these past two years. With track names like “Murder Ball,” “Escape Room,” “Brockout” and “Blink,” the EP both points to and promises a silver lining to these crazy times. Hint: it’s the music.

If there’s one style of music out there that’s not only suited to the pre-dystopian circus that is modern society but was born of it and regularly transcends it, it’s drum & bass. Taking a genial, GenX joy in creating the sounds of chaotic evil as they do, Mob Tactics pull no punches as they launch into the spinning snare whirlwind of “Murderball.” With all its funk, chaotic, emotive melody and literal jungle sounds this track gives a distinct “bring it on” vibe.

“Brockout” continues that rough and ready with the partiest party tune on the EP, complete with ravey intro, ameny synths and an early hardcore breakbeat structure. Laid over all this, however, are some of the grimiest modern-style synths anyone’s heard in at least the last two years (coincidence)? With the perfect harmony between old school and neu neuro flavors here, it wouldn’t be surprising if RAM and Eatbrain fought over this track in some sort of A&R cage match.

The EP closes with its most hard/neuro forward track, “Blink,” but there’s also no small amount of classic funk here either. Mostly in the beat and samplings, “Blink” also calls back to those first tastes of dark-and-techstep interstitial breakdowns and stings meant to wake up the mind amidst the fast repetitive beats, listeners had better pay attention to this one; blink and you’ll miss the best parts.

Tying together the melodic “Murderball” madness of the beginning of Beyond the Circus is our YEDM premiere today, “Escape Room.” If “Murderball” is the first step beyond the circus of the weird cultural mayhem we find ourselves in, “Escape Room” is, well, the “Escape Room,” both musically and in terms of storyline. Starting off with a melodic and cinematic intro, “Escape Room” is a serious track, heavy and poignant with sinister big band synths and tortured vox scream samples, this tense wormhole of sound pushes the EP into the blissful, hedonistic party that awaits with “Brockout” and “Blink.”

The narrative within Beyond the Circus part 1 is just as strong as the music and it’s clear Mob Tactics put a lot of thought into how they wanted these tracks to be released. They certainly can be forgiven for taking their time getting their releases together, especially if they’re going to sound and feel like this. The raw power of Mob Tactics is back, and it’s likely they’ll keep taking us beyond Beyond throughout 2023.

Beyond the Circus part 1 drops this Friday, January 13 on RAM. Check Beatport to purchase. Monica may have only been 15 years old at the time, but she arrived onto the music scene as a grown

Erykah Badu 'Other Side of the Game': Throwback Video of the Day

For over 20 years, she's been known for her vocals, earth-mother vibes and creating warm, ambie At this point in the game, all the members of Swedish House Mafia are just having fun with the fact