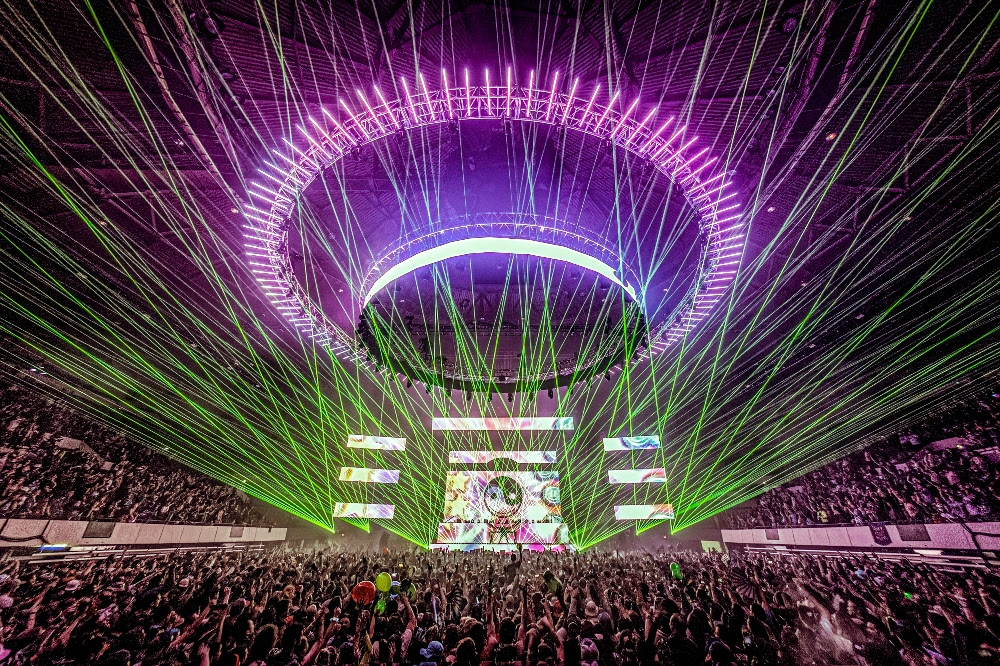 GRiZ announces today the return of his celebrated hometown ‘GRiZMAS’ live show, a two-day event at The Masonic Temple in Detroit, Michigan on December 9th and 10th.

The eighth annual ‘GRiZMAS’ is set to host two nights of performances at The Masonic Temple in Detroit. The double header kicks off Friday, December 9th withDirtysnatcha B2B Carbin and Canabliss, continuing into Saturday, December 10th with Wreckno and Khiva, along with headline performances by GRiZ both nights. Each night, GRiZ and company will perform for over 4,500 attendees. In typical GRiZMAS fashion, fans can expect GRiZ to perform a unique set each night filled with unreleased material, standout classics, and unique live takes.

GRiZMAS has become a holiday staple for fans all over the US who travel to Detroit for back-to-back shows as well as the ‘12 Days of GRiZMAS’ charitable events with GRiZ himself. Since 2014, GRiZ’s ‘12 Days of GRiZMAS’ series has made an impactful difference across Detroit communities, raising over $100,000 alone last year for Seven Mile, a local charity organization dedicated to funding music education, art programs and coding lessons across Detroit’s public schools.

This year’s ‘GRiZMAS’ will offer two unique VIP programs. Starting at $119, the ‘Vibe Check’ package will include a limited edition event poster, commemorative merch gift, along with two-night admission. Starting at $219, the ‘Another World’ package will feature additional VIP perks like an intimate Q&A with GRiZ, a group photo opportunity and guided pre-show tour of the historic Masonic Temple venue.

Pre-sale tickets for GRiZ’s upcoming ‘GRiZMAS’ shows at The Masonic Temple are available this Wednesday, October 5th at 1pm ET. French Montana Returns to His Homeland Morocco in 'Famous' Video

French Montana returned to his homeland Morocco in his new video for “Famous,” his new single fr Two Can are back in the swing of things, and their latest offering, Got Habits has really set the to On this day we celebrate the birth of one of music's most memorable voices, remember a Common c